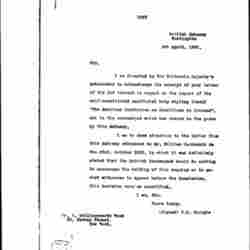 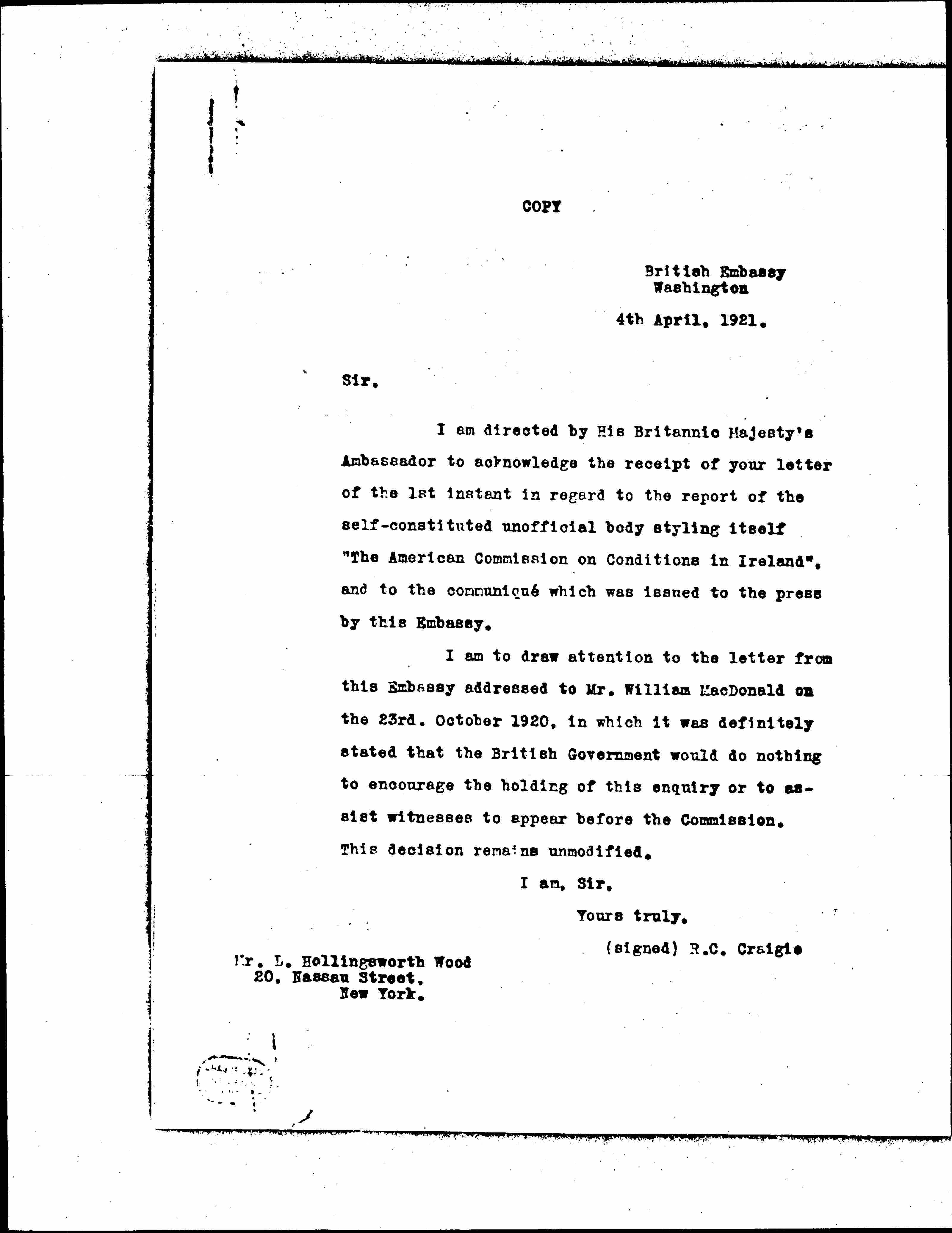 I am directed by His Britannic Majesty's Ambassador to acknowledge the receipt of your letter of the 1st instant in regard to the report of the self-constituted unofficial body styling itself "The American Commission on Conditions in Ireland", and to the communiqué which was issued to the press by this Embassy.

I am to draw attention to the letter from this Embassy addressed to Mr. William Macdonald on the 23rd. October 1920, in which it was definitely stated that the British Government would do nothing to encourage the holding of this enquiry or to assist witnesses to appear before the Commission. This decision remains unmodified. 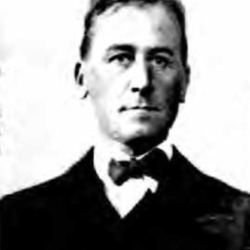 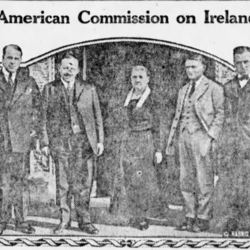 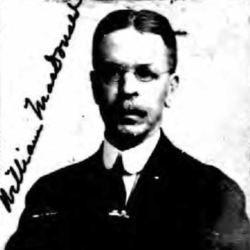 Craigie tells Wood that the British Government will not participate in the work of the American Commission on Conditions in Ireland.