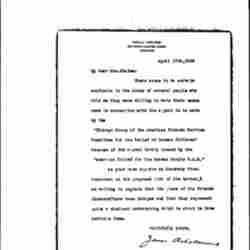 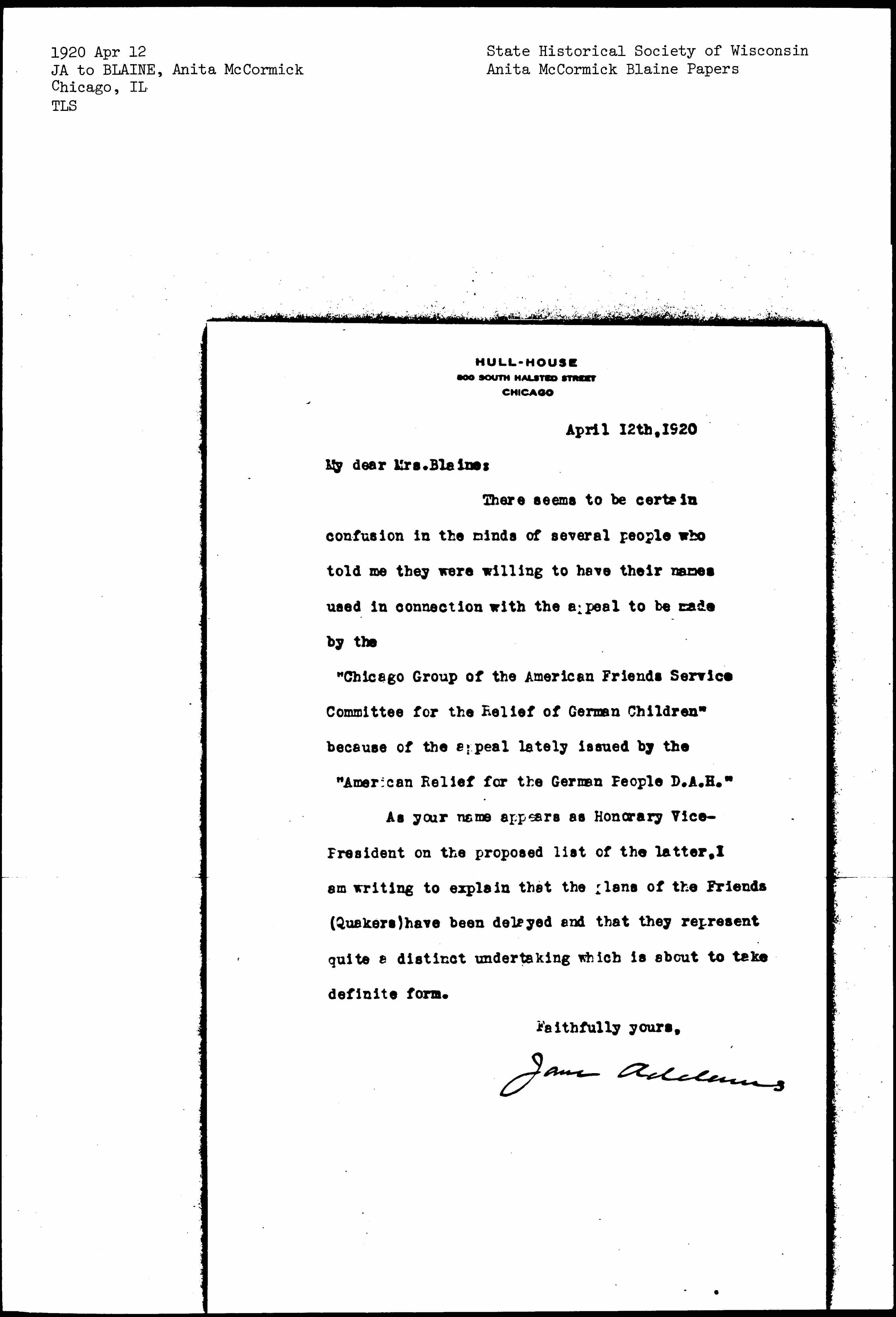 because of the appeal lately issued by the

As your name appears as Honorary Vice-President on the proposed list of the latter, I am writing to explain that the plans of the Friends (Quakers) have been delayed and that they represent quite a distinct undertaking which is about to take definite form.