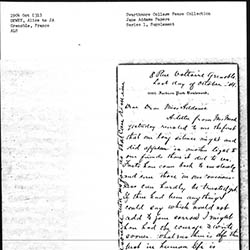 Lucy Alice Dewey Brandauer attended school at the Ethical Culture School and college at Barnard College, where she studied history and anthropology. In 1919, Brandauer joined her parents in China and Japan, Lucy later returned to the United States and worked with the Committee on the Scientific Problems of Human Migration in Washington, D.C. After her marriage, Lucy lived with in Mongolia, and later in Vienna, where she an her husband struggled financially. The couple later moved back to the United States.

Brandauer married Wolfgang Carl Brandauer in 1923. They had two children together. Brandauer died in 1983.