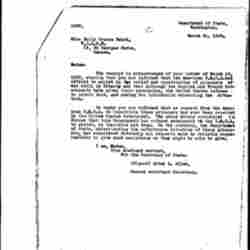 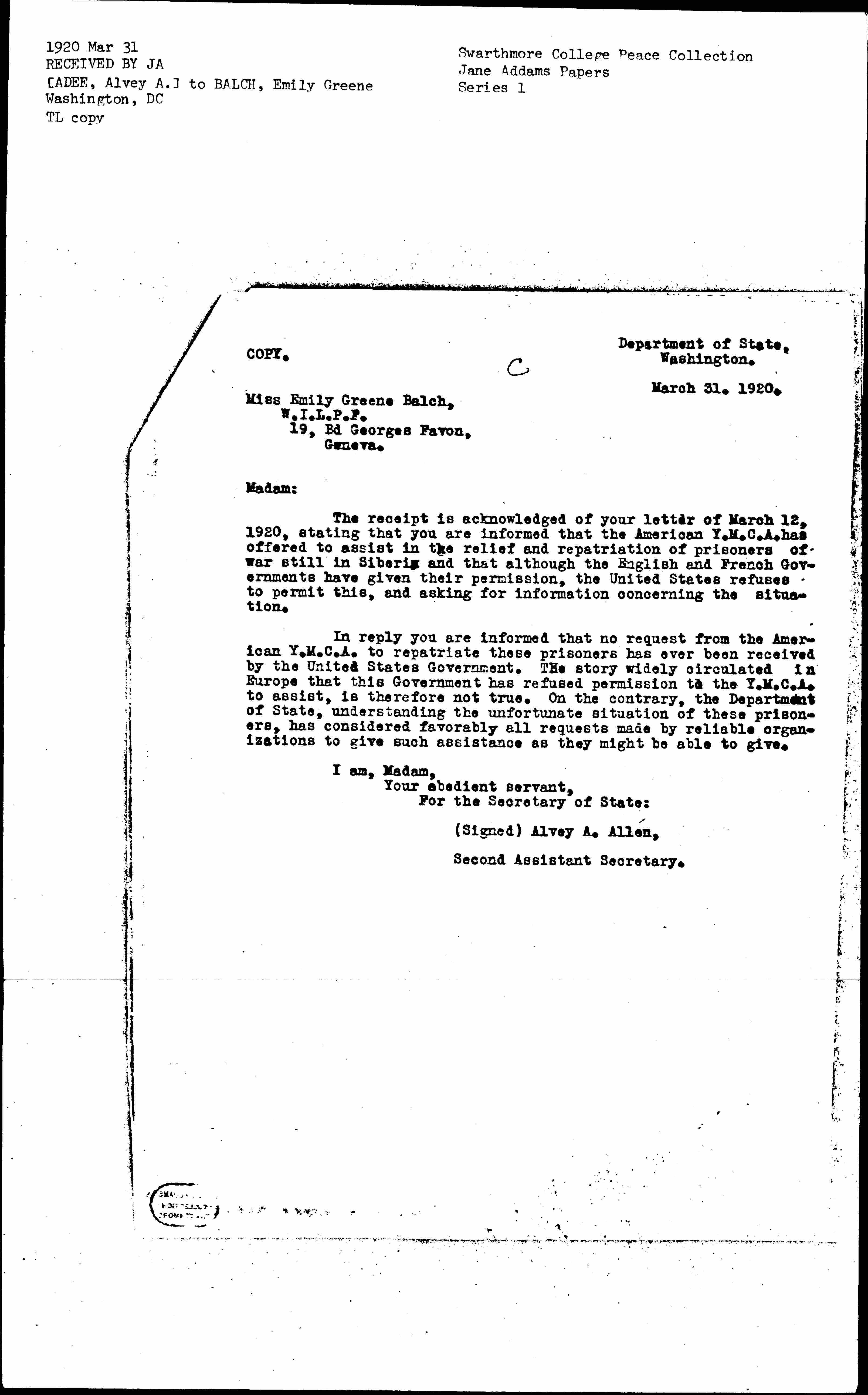 The receipt is acknowledged of your letter of March 12, 1920, stating that you are informed that the American Y.M.C.A. has offered to assist in the relief and repatriation of prisoners of war still in Siberia and that although the English and French Governments have given their permission, the United States refuses to permit this, and asking for information concerning the situation.

In reply you are informed that no request from the American Y.M.C.A. to repatriate these prisoners has ever been received by the United States Government. The story widely circulated in Europe that this Government has refused permission to the Y.M.C.A. to assist, is therefore not true. On the contrary, the Department of State, understanding the unfortunate situation of these prisoners, has considered favorably all requests made by reliable organizations to give such assistance as they might be able to give.

For the Secretary of State:

Adee confirms that the American Y.M.C.A. has never offered to repatriate prisoners of war.