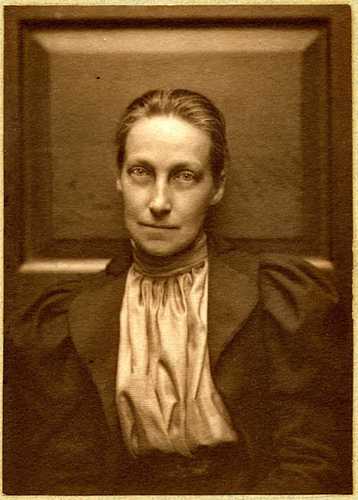 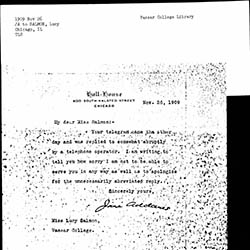 Lucy Maynard Salmon was a professor of history at Vassar College. She was the first woman to be on the executive committee of the American Historical Association. After graduating from the University of Michigan in 1876, Salmon worked as an assistant principal and later the principal of McGregor High School in Iowa. She later worked at Indiana State Normal School. In 1883 she received her Master's from the University of Michigan's School of Political Science, and in 1886 she studied at Bryn Mawr with Woodrow Wilson. In 1887, she was hired by Vassar College to establish its history department, and by 1889 she was a full-time professor. She was a "new social history" historian and believed that political history was over-emphasized. Salmon was also a member of the National College Equal Suffrage League and the Executive Advisory Council of the Congressional Union for Woman Suffrage, leading a suffrage movement at Vassar College.