Statement on the Safety of the Streets at Night, June 1, 1901 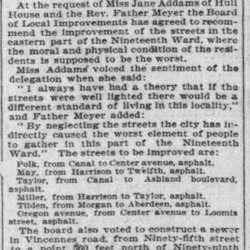 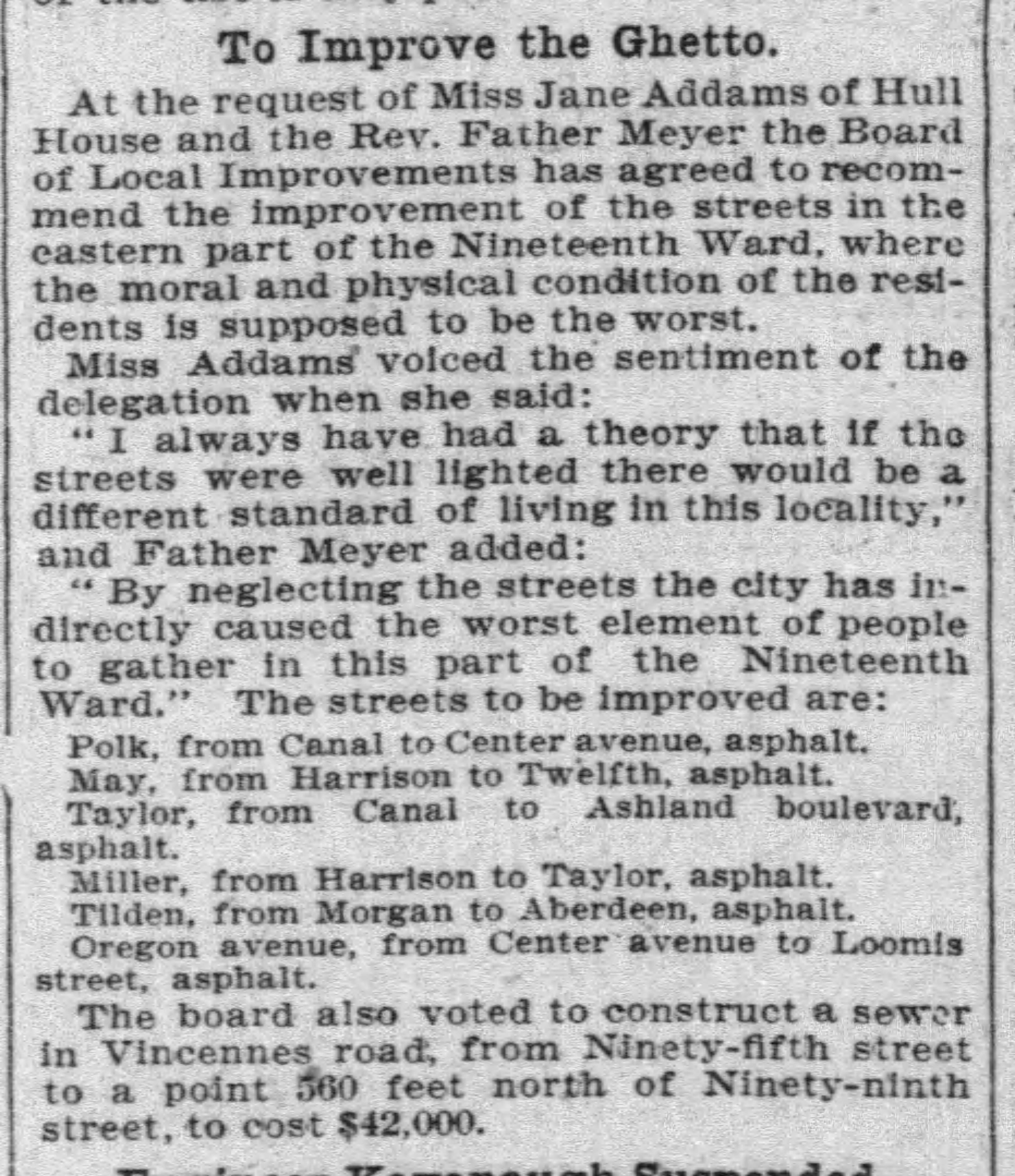 To Improve the Ghetto.

At the request of Miss Jane Addams of Hull House and the Rev. Father Meyer the Board of Local Improvements has agreed to recommend the improvement of the streets in the eastern part of the Nineteenth Ward, where the moral and physical condition of the residents is supposed to be the worst.

Miss Addams voiced the sentiment of the delegation when she said:

"I always have had a theory that if the streets were well lighted there would be a different standard of living in this locality," and Father Meyer added:

"By neglecting the streets the city has indirectly caused the worst element of people to gather in this part of the Nineteenth Ward." The streets to be improved are:

May, from Harrison to Twelfth, asphalt.

Miller, from Harrison to Taylor, asphalt.

Tilden, from Morgan to Aberdeen, asphalt.

The board also voted to construct a sewer in Vincennes road, from Ninety-fifth street to a point 560 feet north of Ninety-ninth street, to cost $42,000. 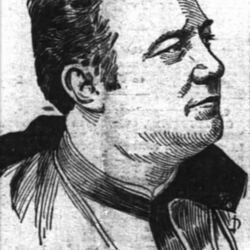 Addams comments how the streets would be safer at night if they were better lit.