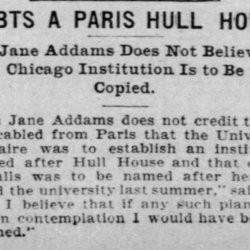 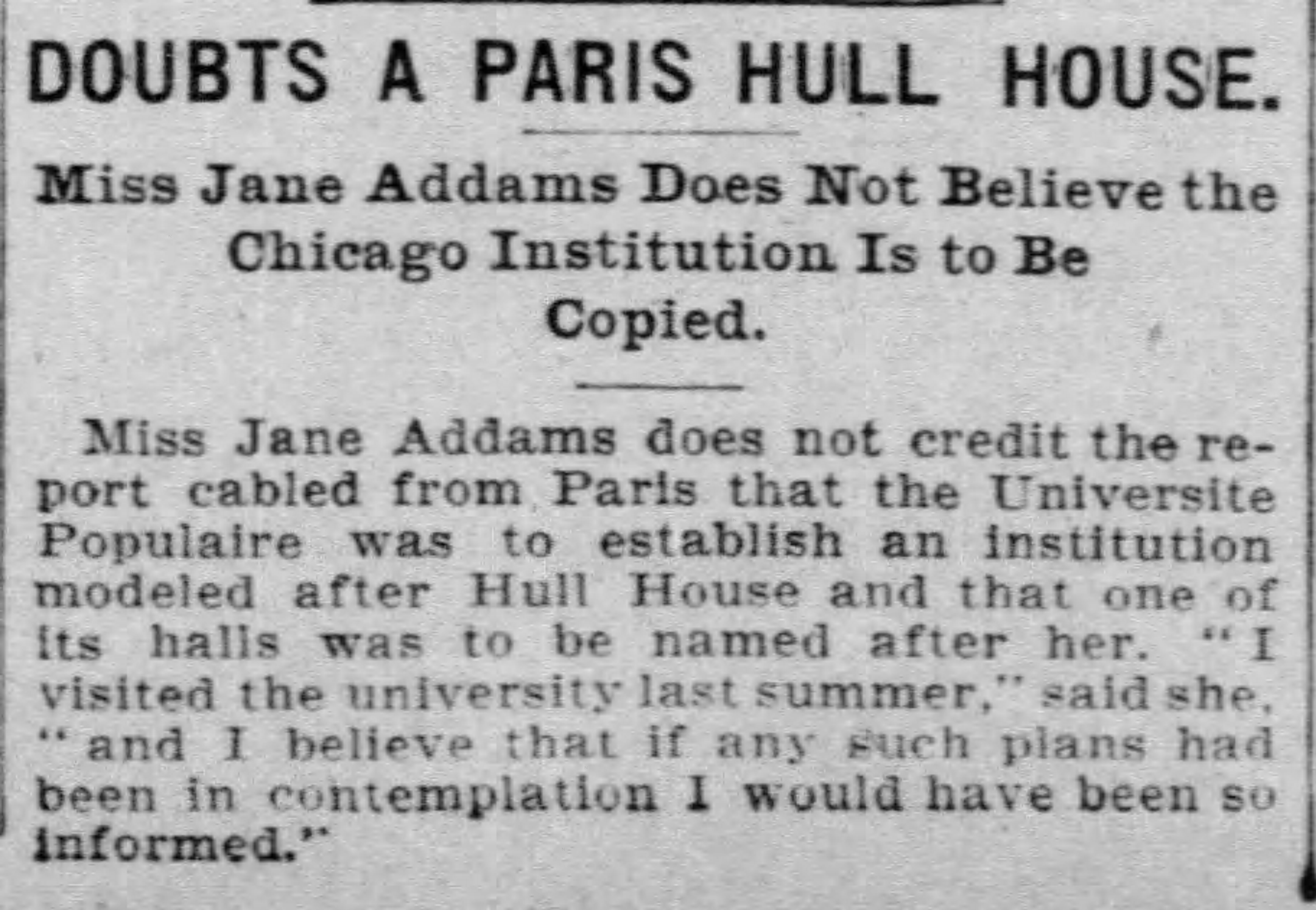 Miss Jane Addams Does Not Believe the Chicago Institution Is to Be Copied.

Miss Jane Addams does not credit the report cabled from Paris that the Universite Populaire was to establish an institution modeled after Hull House and that one of its halls was to be named after her. "I visited the university last summer," said she, "and I believe that if any such plans had been in contemplation I would have be so informed."

Addams disputes a claim that a settlement house based on Hull-House was to be established in Paris.