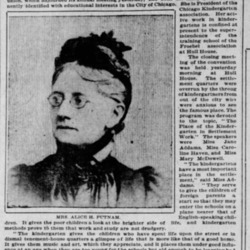 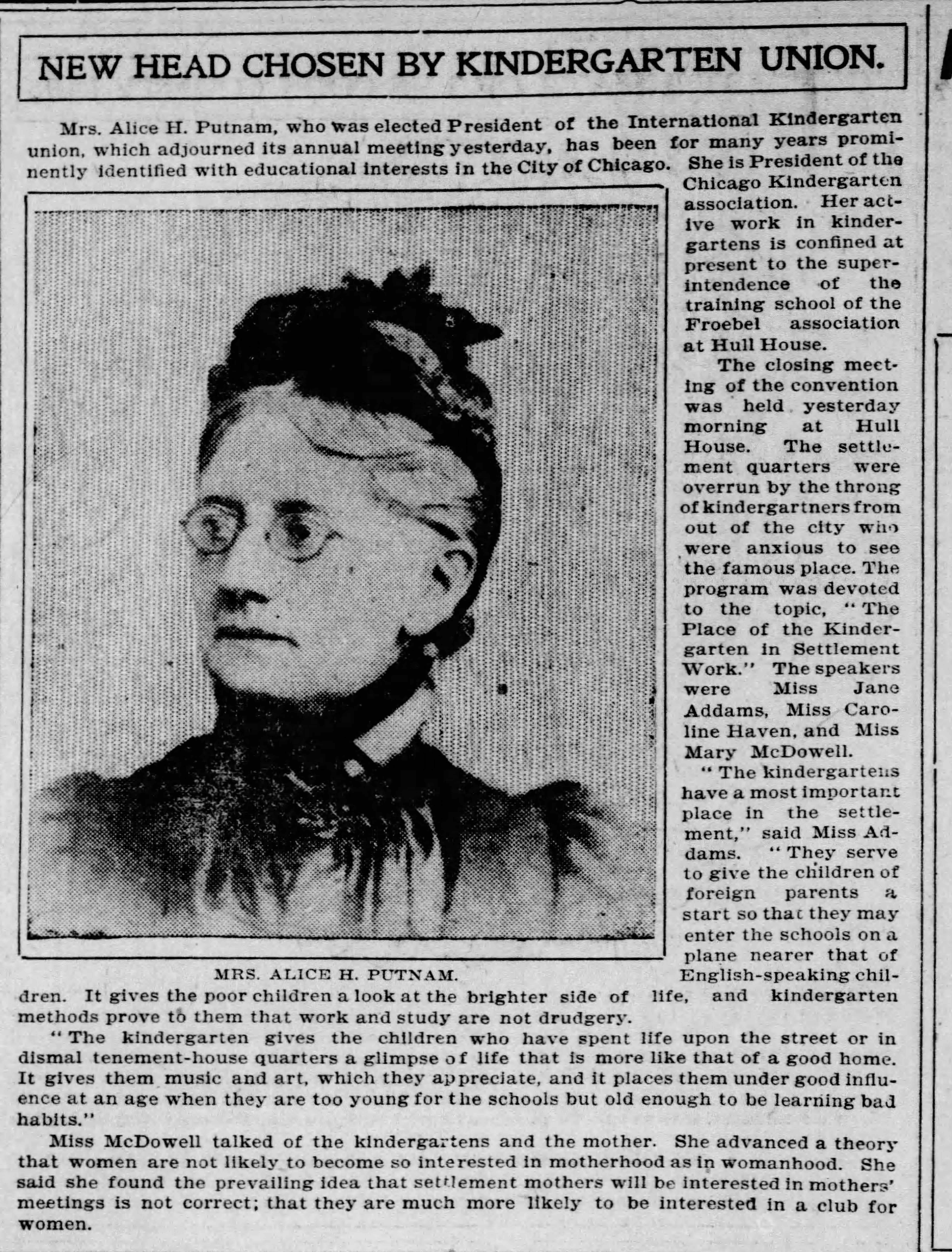 Mrs. Alice H. Putnam, who was elected President of the International Kindergarten Union, which adjourned its annual meeting yesterday, has been for many years prominently identified with education interests in the City of Chicago. She is President of the Chicago Kindergarten association. Her active work in kindergartens is confined at present to the superintendence of the training school of the Froebel association at Hull House.

The closing meeting of the convention was held yesterday morning at Hull House. The settlement quarters were overrun by the throng of kindergarteners from out of the city who were anxious to see the famous place. The program was devoted to the topic, "The Place of the Kindergarten in Settlement Work." The speakers were Miss Jane Addams, Miss Caroline Haven, and Miss Mary McDowell.

"The kindergartens have a most important place in the settlement," said Miss Addams. "They serve to give the children of foreign parents a start so that they may enter the schools on a plane nearer that of English-speaking children. It gives the poor children a look at the brighter side of life, and kindergarten methods prove to them that work and study are not drudgery.

"The kindergarten gives the children who have spent life upon the street or in dismal tenement-house quarters a glimpse of life that is more like that of a good home. It gives them music and art, which they appreciate, and it places them under good influence at an age when they are too young for the school but old enough to be learning bad habits." 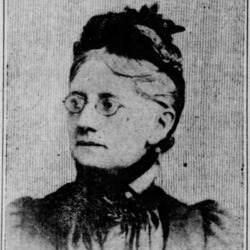 Addams comments on the importance of kindergarten in settlement work at the close of a convention of the International Kindergarten Union.