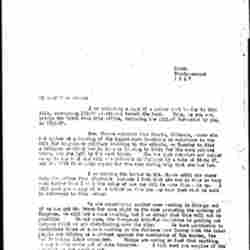 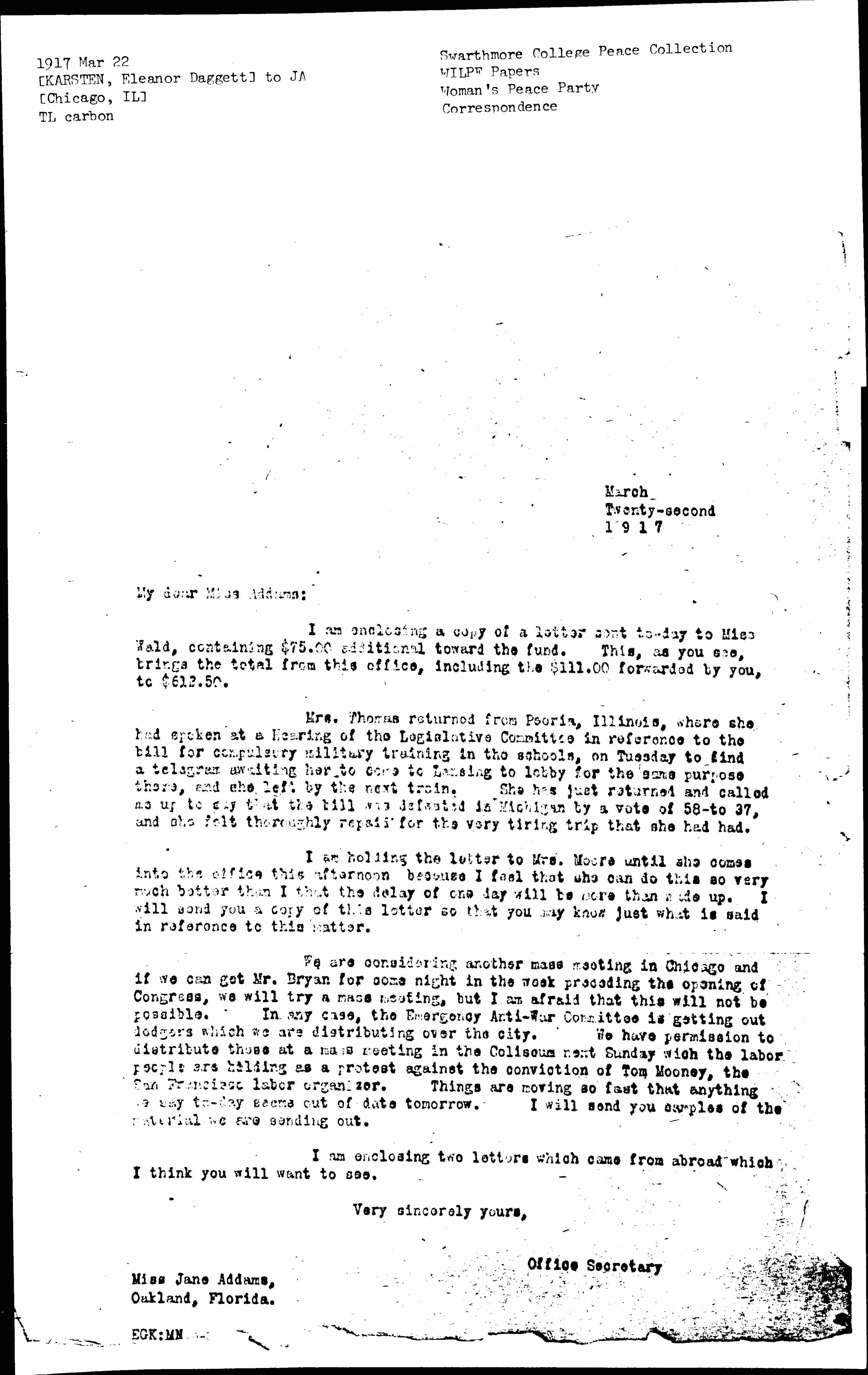 Mrs. Thomas returned from Peoria, Illinois, where she had spoken at a Hearing of the Legislative Committee in reference to the bill for compulsory military training in the schools, on Tuesday to find a telegram awaiting her to come to Lansing to lobby for the same purpose there, and she left by the next train. She has just returned and called me up to say that the bill was defeated in Michigan by a vote of 58 to 37, and she felt thoroughly repaid for the very tiring trip that she had had.

I am holding the letter to Mrs. Moore until she comes into the office this afternoon because I feel that she can do this so very much better than I that the delay of one day will be more than made up. I will send you a copy of this letter so that you may know just what is said in reference to this matter.

We are considering another mass meeting in Chicago and if we can get Mr. Bryan for some night in the week preceding the opening of Congress, we will try a mass meeting, but I am afraid that this will not be possible. In any case, the Emergency Anti-War Committee is getting out dodgers which we are distributing over the city. We have permission to distribute these at a mass meeting in the Coliseum next Sunday [which] the labor people are holding as a protest against the conviction of Tom Mooney, the San Francisco labor organizer. Things are moving so fast that anything we say [today] seems out of date tomorrow. I will send you samples of the material we are sending out.

I am enclosing two letters which came from abroad which I think you will want to see.