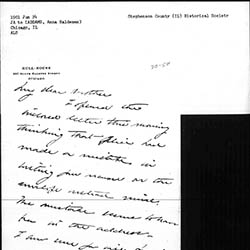 Frank Dennis Witherbee was training to be a Unitarian minister but turned to social work instead. He was a graduate of Meadville College. He became the director of the Boys' Clubs at the Denison House Settlement in Boston. In 1910 Witherbee became a field agent for Girard College in Philadelphia, working with the boys enrolled in the college. He was also the financial secretary and assistant secretary of the Philadelphia Society for Organizing Charity and was in charge of the Joint Application Bureau in New York.

Witherbee married Ruth May Brigham in 1902. They had one daughter together. Witherbee died in 1958.