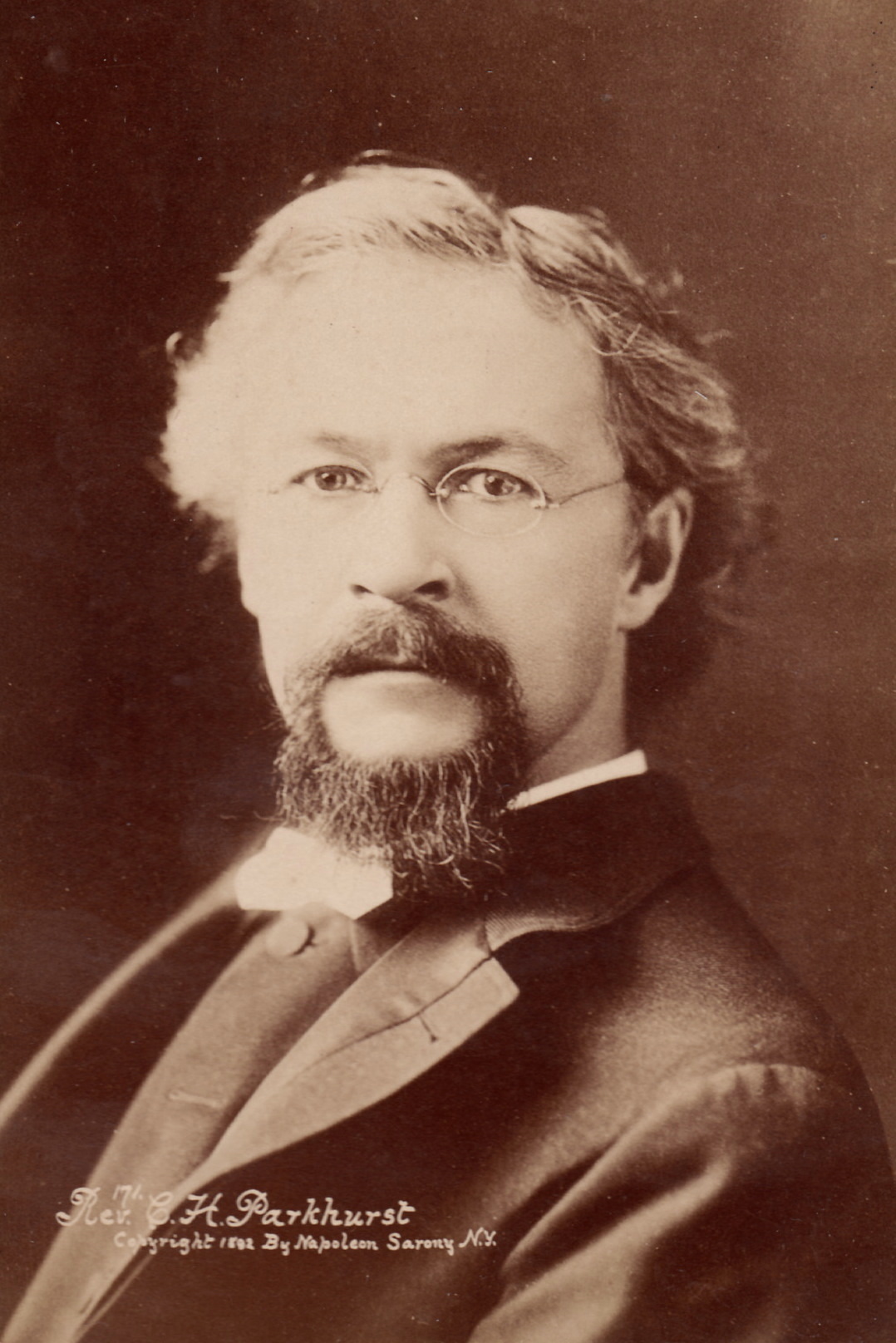 Charles Henry Parkhurst was a clergyman and social reformer. He attended Amherst College. He then worked as a principal of a high school in Amherst before studying theology at the University of Halle in Germany in 1869. He then became a professor at the Williston Seminary. In 1873 he was ordained as a Presbyterian minister, and he became a pastor. Parkhurst was elected president of the New York Society for the Prevention of Crime in 1891. While serving in this position, Parkhurst began a campaign against the corruption of Tammany Hall, leading to major reform within the organization.

Parkhurst married Ellen Bodman in 1870. Parkhurst remarried to Eleanor Marx in 1927. Parkhurst died in 1933 by sleepwalking off his porch roof.

Picture from the Cabinet Card Gallery