Among the Peace Organizations, November 1914 (excerpts) 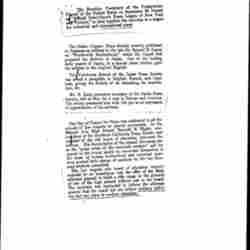 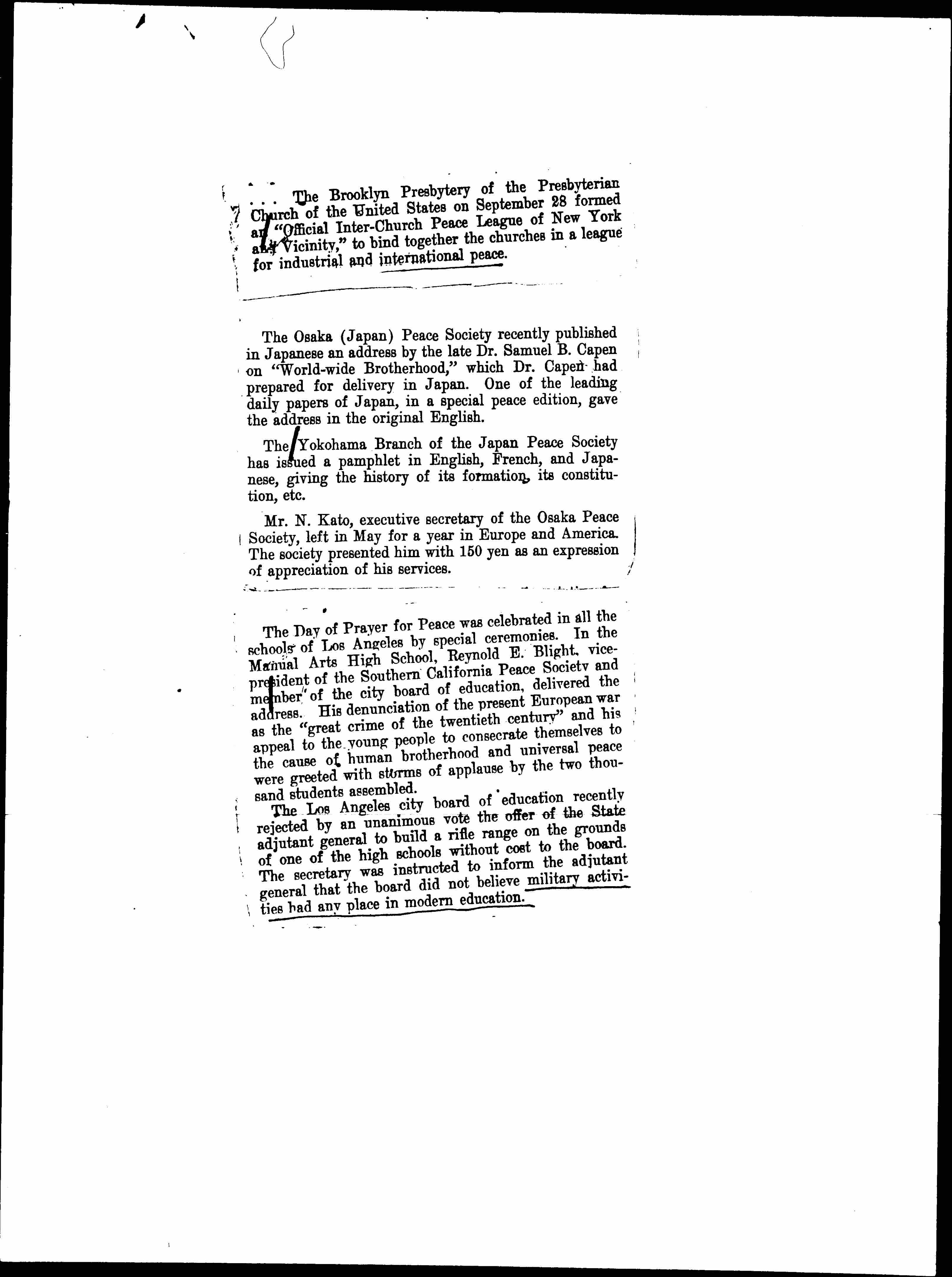 The Osaka (Japan) Peace Society recently published in Japanese an address by the late Dr. Samuel B. Capen on "World-wide Brotherhood," which Dr. Capen had prepared for delivery in Japan. One of the leading daily papers of Japan, in a special peace edition, gave the address in the original English.

The Yokohama Branch of the Japan Peace Society has issued a pamphlet in English, French, and Japanese, giving the history of its formation, its constitution, etc.

Mr. N. Kato, executive secretary of the Osaka Peace Society, left in May for a year in Europe and America. The society presented him with 150 yen as an expression of appreciation of his services.

The Day of Prayer for Peace was celebrated in all the schools of Los Angeles by special ceremonies. In the Manual Arts High School, Reynold E. Blight, vice-president of the Southern California Peace Society and member of the city board of education, delivered the address. His denunciation of the present European war as the "great crime of the twentieth century" and his appeal to the young people to consecrate themselves to the cause of human brotherhood and universal peace were greeted with storms of applause by the two thousand students assembled.

The Los Angeles city board of education recently rejected by an unanimous vote the offer of the State adjutant general to build a rifle range on the grounds of one of the high schools without cost to the board. The secretary was instructed to inform the adjutant general that the board did not believe military activities had any place in modern education. 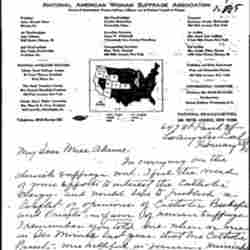 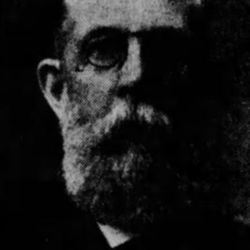 Los Angeles Board of Education 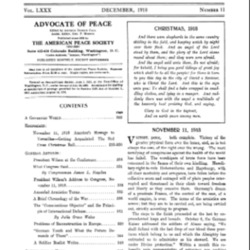 The Advocate of Peace

The Advocate of Peace

Clippings from the Advocate of Peace highlight activity in Japan, and Los Angeles.