A Fourth of July Anticipation at the Abraham Lincoln Centre, June 28, 1908 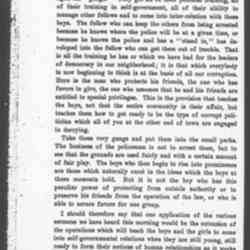 Miss Addams: We seem to have had the text and the peroration; perhaps I can make a little application at the end.

I suppose, after all, the patriotism we are trying to work out in America goes down to the idea of making self-government a successful affair and finding out the proper machinery, so that the ideas which were transmitted to us by the fathers may be made to work in the complicated citizen, "the nation of teeming nations," of which Whitman spoke.

I have been very much impressed with the maps that are being made at Hull House, showing something of the effect of the small parks upon juvenile delinquency. It has been discovered that within certain distance of these parks the number of juvenile arrests has declined. I cannot give exact statistics, but the maps show an astonishing diminution of the red and blue pins, which represent the boys and girls who have been delinquent.

It used to be that the bright boys who were elected to the few offices seemed to be the ones who from the beginning managed the "gangs." They get all of their political training, all of their training in self-government, all of their ability to manage other fellows and to come into inter-relation with these boys. The fellow who can keep the others from being arrested because he knows where the police will be at a given time, or because he knows the police and has a "stand in," has developed into the fellow who can get them out of trouble. That is all the training he has or which we have had for the leaders of democracy in our neighborhood; it is that which everybody is now beginning to think is at the basis of all our corruption. Here is the man who protects his friends, the one who has favors to give, the one who assumes that he and his friends are entitled to special privileges. This is the provision that teaches the boys, not that the entire community is their affair, but teaches them how to get ready to be the type of corrupt politician which all of you at the other end of town are engaged in decrying.

Take these very gangs and put them into the small parks. The business of the policeman is not to arrest them, but to see that the grounds are used fairly and with a certain amount of fair play. The boys who then begin to rise into prominence are those which naturally excel in the ideas for which the boys at these moments hold. But it is not the boy who has this peculiar power of protecting from outside authority or to preserve his friends from the operation of the law, or who is able to secure favors for one group.

I should therefore say that one application of the various sermons we have heard this morning would be the extension of the operations which will teach the boys and the girls to come into self-government relations when they are still young, still ready to form their notions of human relationships as it works out in action, not as told them at school or somewhere else. If the small parks are going to bring this about, then it seems to me it is clear that it is the business of those people who believe in the desirability of self-government to see to it that these parks are extended which will give the children a chance to start in the right direction.

I once had a wise man tell me that we could not get a man for alderman who had not had experience in a gang. I did not quite see what he meant, but since the opening of the small parks and we have had the chance to study into the delinquency, I see a clue which perhaps we might follow up.

There is perhaps another difficulty – that of getting into your celebration something which will appeal to the various peoples which will connect their past with the present, which will make it seem reasonable that they should have some enthusiasm. And when we get down to that old saying of Plato, "That the excellent alone is the permanent," at any rate we get around to the belief that the excellent alone is the basis of good patriotism. 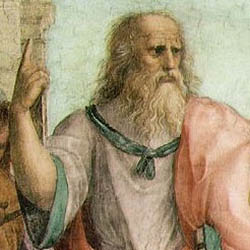 Addams speaks about the benefits of public parks to the community. The remarks were published on July 2, 1908.