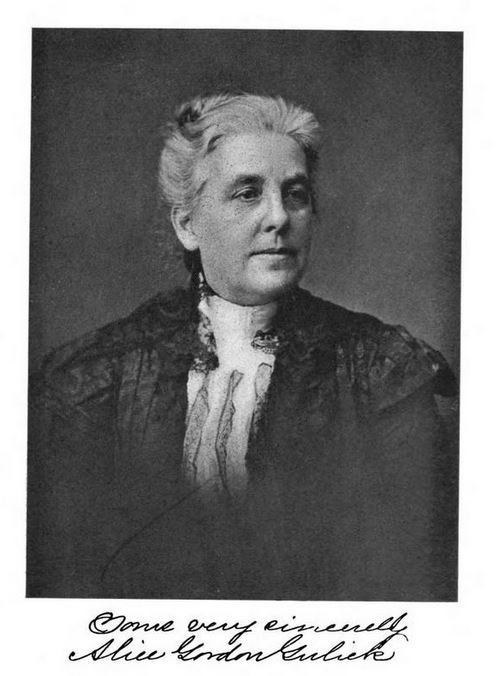 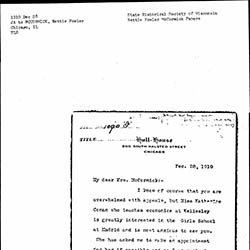 Alice Gordon Gulick was descended from a long line of missionary family members. She graduated from Mt. Holyoke in 1867 and taught there from 1868-1870. One week after her marriage to her husband, William Gulick, in 1871, the couple sailed to Spain to join a mission with her brother-in-law. In 1873, they opened the doors to their chapel, in which Gulick played the organ. In 1877, out of demand of the Spanish people, Gulick started a girl's boarding school out of her own home in Santander. She later established another school for girls in San Sebastian in 1881, which Jane Addams would visit in 1888. The school moved to Biarritz, France during the Spanish-American War in 1898, and permanently moved to Madrid in October of 1903, just months after the death of Alice Gulick.

Gulick first married Reverend Alvah B. Kittredge, who died shortly after their marriage. She then married William Gulick in 1871. The couple had five children.