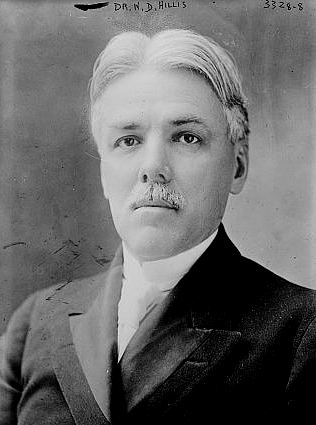 Newell Dwight Hillis was a writer, minister, and philosopher. He attended Lake Forest University and McCormick Theological Seminary. He then became a Presbyterian minister, preaching in Chicago and Brooklyn. Hillis wrote numerous books on religion. He was strongly against immorality, and was a supporter of eugenics.

Hillis married Annie Louise Patrick in 1887. They had three children together. Hillis died in 1929.