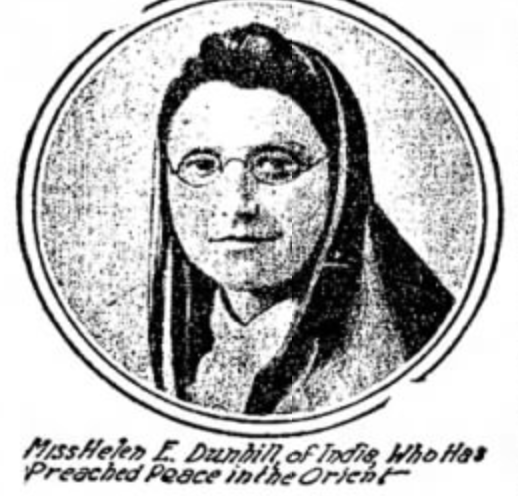 Helen Dunhill was an English missionary living in Bangalore, India. Dunhill primarily concerned herself with the peace efforts in India during the early twentieth century, which she spoke about at the International Peace Conference in 1904. Dunhill was also a part of the Woman's Christian Temperance Union.

Photo from "If These Advocates of International Amity Had Their Way, the Balkans Would Have Seen No Carnage," in Detroit Free Press, 17 November 1912, pp. 66.