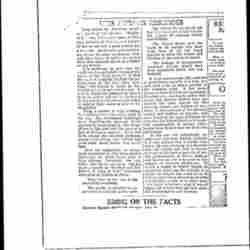 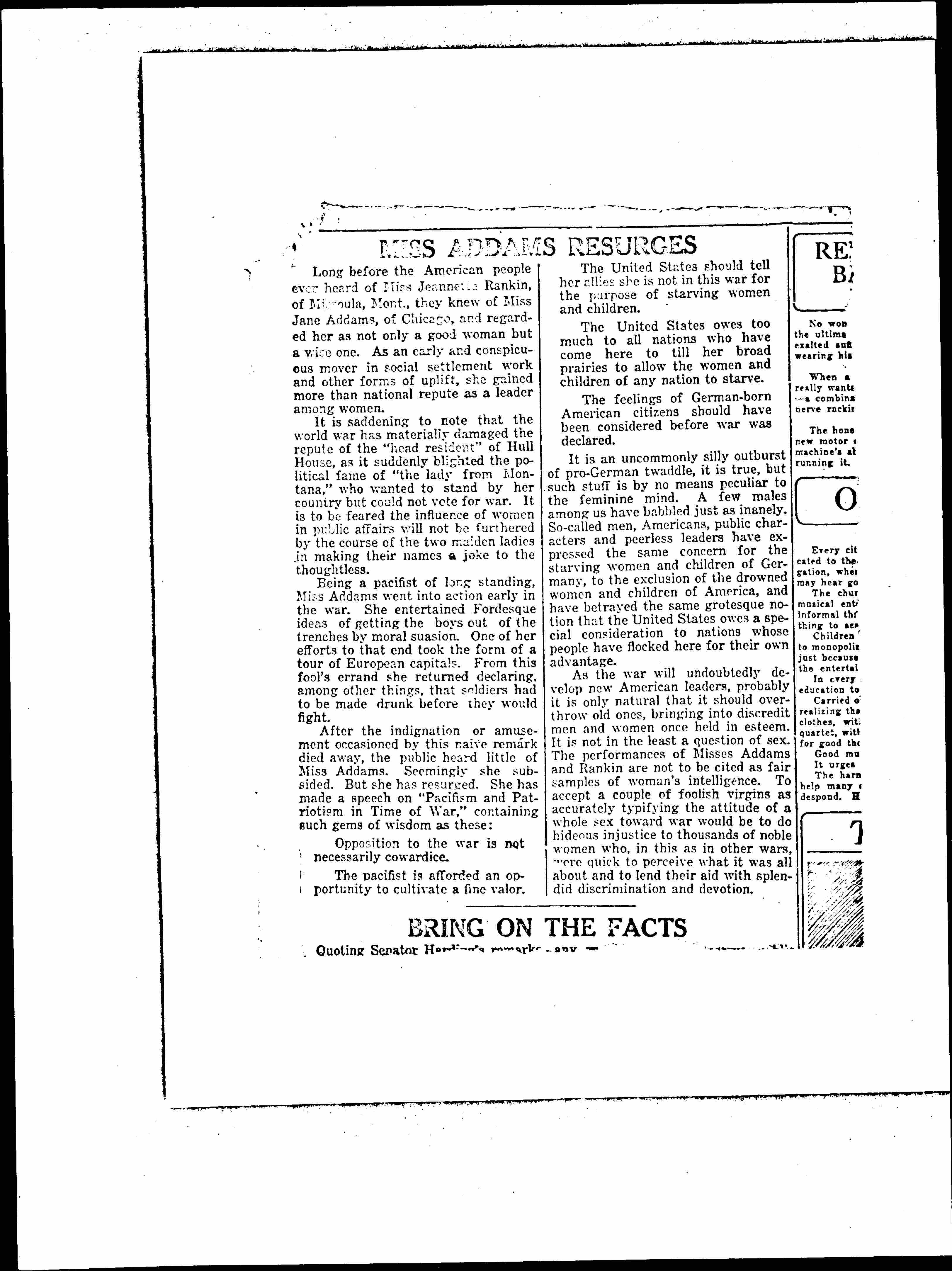 Long before the American people ever heard of Miss Jeannette Rankin, of Missoula, Mont., they knew of Miss Jane Addams, of Chicago, and regarded her as not only a good woman but a wise one. As an early and conspicuous mover in social settlement work and other forms of uplift, she gained more than national repute as a leader among women.

It is saddening to note that the world war has materially damaged the repute of the "head resident" of Hull House, as it suddenly blighted the political fame of "the lady from Montana," who wanted to stand by her country but could not vote for war. It is to be feared the influence of women in public affairs will not be furthered by the course of the two maiden ladies in making their names a joke to the thoughtless.

Being a pacifist of long standing, Miss Addams went into action early in the war. She entertained Fordesque ideas of getting the boys out of the trenches by moral suasion. One of her efforts to that end took the form of a tour of European capitals. From this fool's errand she returned declaring, among other things, that soldiers had to be made drunk before they would fight.

After the indignation or amusement occasioned by this naive remark died away, the public heard little of Miss Addams. Seemingly she subsided. But she has resurged. She has made a speech on "Pacifism and Patriotism in Time of War," containing such gems of wisdom as these:

Opposition to the war is not necessarily cowardice.

The pacifist is afforded an opportunity to cultivate a fine valor.

The United States should tell her allies she is not in this war for the purpose of starving women and children.

The United States owes too much to all nations who have come here to till her broad prairies to allow the women and children of any nation to starve.

The feelings of German-born American citizens should have been considered before war was declared.

It is an uncommonly silly outburst of pro-German twaddle, it is true, but such stuff is by no means peculiar to the feminine mind. A few males among us have babbled just as inanely. So-called men, Americans, public characters and peerless leaders have expressed the same concern for the starving women and children of Germany, to the exclusion of the drowned women and children of America, and have betrayed the same grotesque notion that the United States owes a special consideration to nations whose people have flocked here for their own advantage.

As the war will undoubtedly develop new American leaders, probably it is only natural that it should overthrow old ones, bringing into discredit men and women once held in esteem. It is not in the least a question of sex. The performances of Misses Addams and Rankin are not to be cited as fair samples of woman's intelligence. To accept a couple of foolish virgins as accurately typifying the attitude of a whole sex toward war would be to do hideous injustice to thousands of noble women who, in this as in other wars, were quick to perceive what it was all about and to lend their aid with splendid discrimination and devotion. 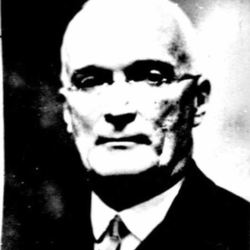 Kerr's editorial in the Cleveland News attacks Addams' for her views on peace, calling her naive.