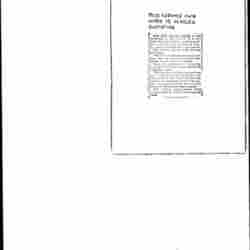 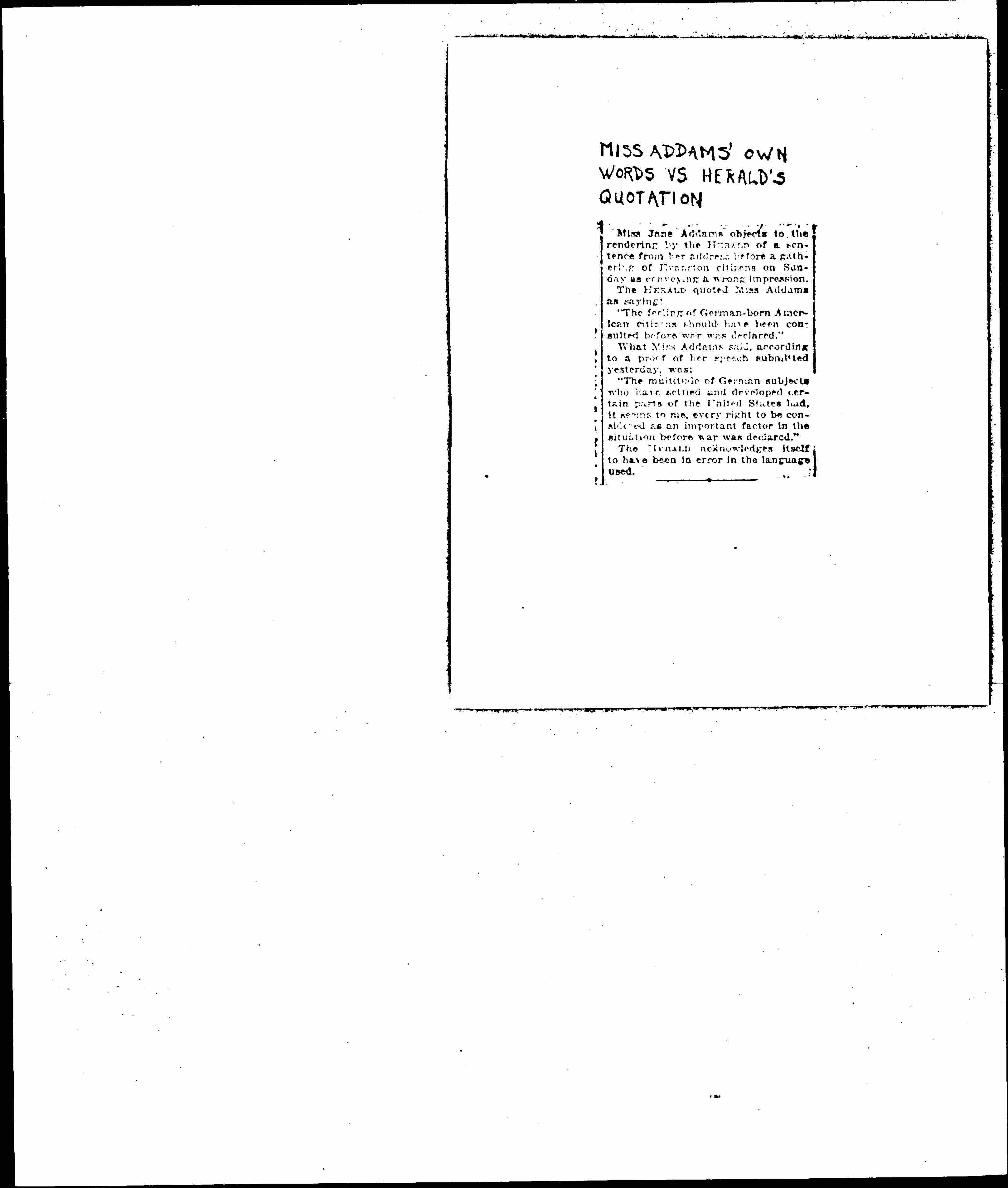 Miss Jane Addams objects to the rendering by the HERALD of a sentence from her address before a gathering of Evanston citizens on Sunday as conveying a wrong impression.

"The feeling of German-born American citizens should have been consulted before war was declared."

What Miss Addams said, according to a proof of her speech submitted yesterday, was:

"The multitude of German subjects who have settled and developed certain parts of the United States had, it seems to me, every right to be considered as an important factor in the situation before war was declared."

The HERALD acknowledges itself to have been in error in the language used. 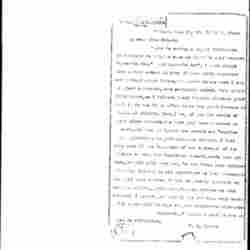 The Herald apologizes for misquoting Addams's statement about German-Americans and the enty of the United States in World War I.