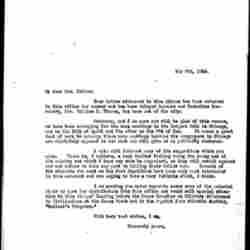 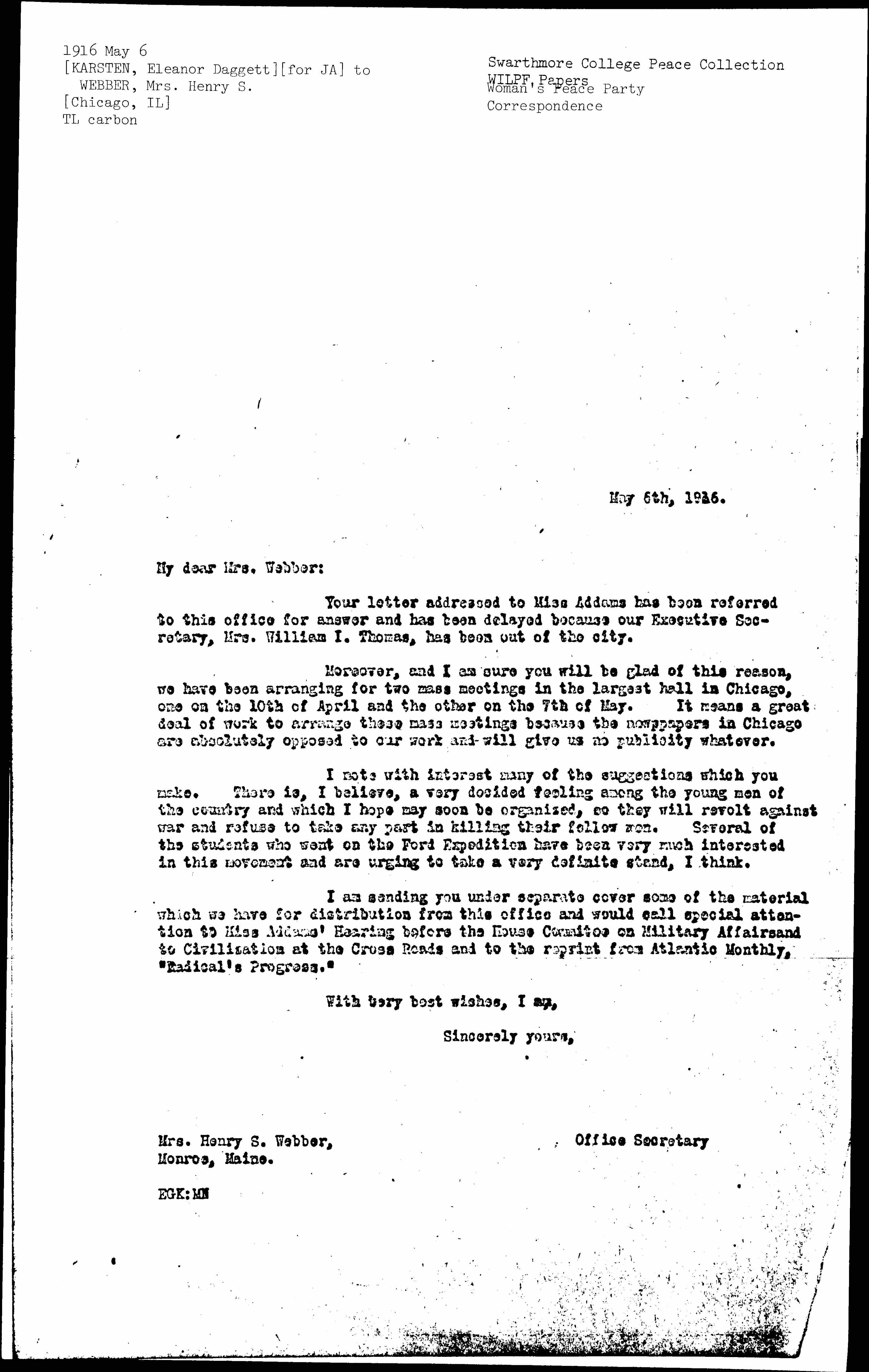 Your letter addressed to Miss Addams has been referred to this office for answer and has been delayed because our Executive Secretary, Mrs. William I. Thomas, has been out of the city.

Moreover, and I am sure you will be glad of this reason, we have been arranging for two mass meetings in the largest hall in Chicago, one on the 10th of April and the other on the 7th of May. It means a great deal of work to arrange these mass meetings because the newspapers in Chicago are absolutely opposed to our work and will give us no publicity whatever.

I note with interest many of the suggestions which you make. There is, I believe, a very decided feeling among the young men of the country and which I hope may soon be organized, so they will revolt against war and refuse to take any part in killing their fellow men. Several of the students who went on the Ford Expedition have been very much interested in this movement and are urging to take a very definite stand, I think.

I am sending you under separate cover some of the material which we have for distribution from this office and would call special attention to Miss Addams' Hearing before the House [Committee] on Military Affairs and to Civilization at the Cross Roads and to the reprint from Atlantic Monthly, "Radical's Progress." 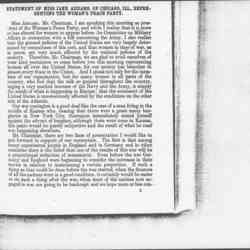 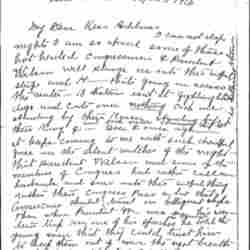 Karsten, writing for Addams, provides Webber with details of upcoming efforts for peace.

World War I, opposition to
peace movement, activities of