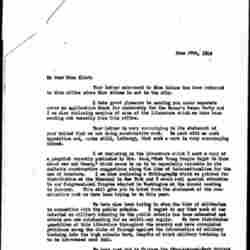 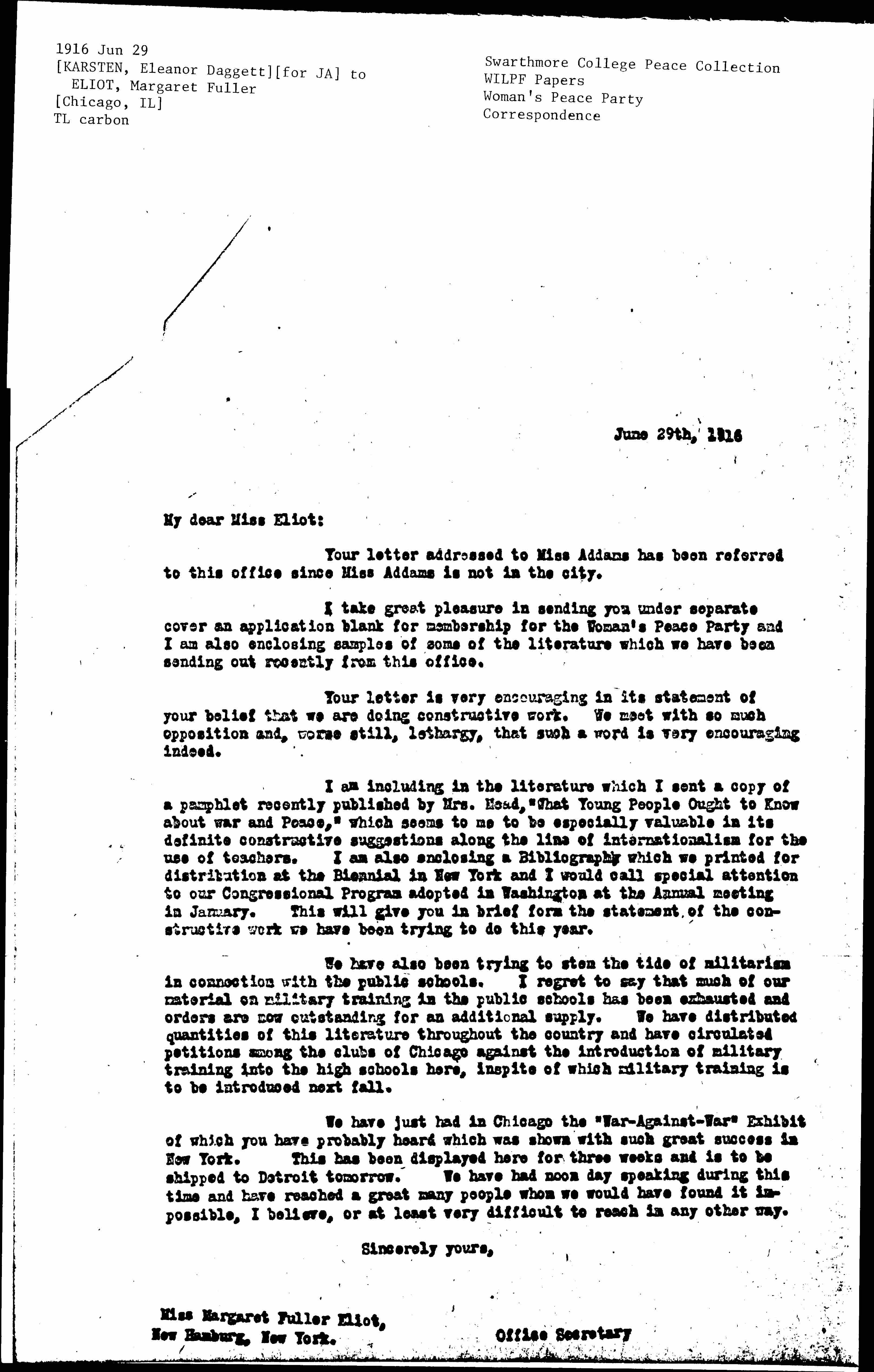 Your letter addressed to Miss Addams has been referred to this office since Miss Addams is not in the city.

I take great pleasure in sending you under separate cover an application blank for membership for the Woman's Peace Party and I am also enclosing samples of some of the literature which we have been sending out recently from this office.

I am including in the literature which I sent a copy of a pamphlet recently published by Mrs. Mead, "What Young People Ought to Know about War and Peace," which seems to me to be especially valuable in its definitive constructive suggestions along the line of internationalism for the use of teachers. I am also enclosing a Bibliography which we printed for distribution at the Biennial in New York and I would call special attention to our Congressional Program adopted in Washington at the Annual meeting in January. This will give you in brief form the statement of the constructive work we have been trying to do this year.

We have just had in Chicago the "War-Against-War" Exhibit of which you have probably heard which was shown with such great success in New York. This has been displayed here for three weeks and is to be shipped to Detroit tomorrow. We have had noon day speaking during this time and have reached a great many people whom we would have found it impossible, I believe, or at least very difficult to reach in any other way. 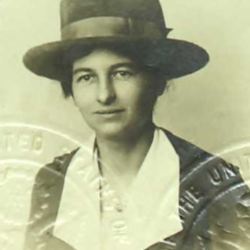 The enclosed literature was not found.