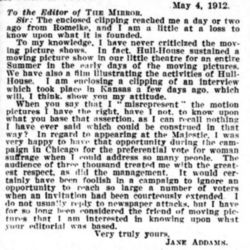 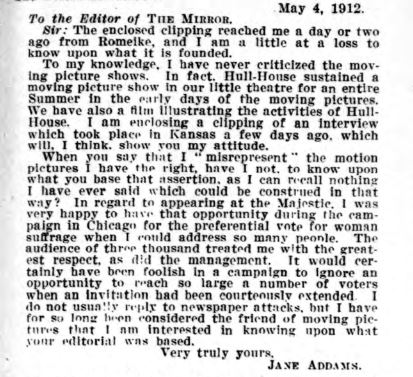 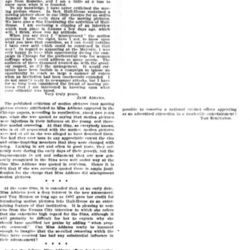 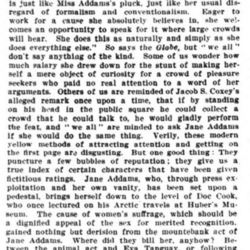 Addams questions the Mirror's coverage of her views on theater, asking to know the source of their reporting.