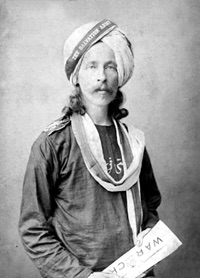 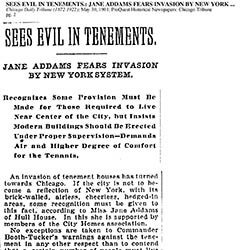 Frederick St. George de Latour Booth-Tucker was an officer in the Salvation Army. He joined the Salvation Army in 1881, working with India's lower castes. In 1891 he and his wife, Emma, became the joint Commissioners for Foreign Affairs in London. They were later made joint Territorial Commanders of the United States. Booth-Tucker spoke out against tenement houses in May of 1901, engaging Chicago's social workers in investigating the topic. Booth-Tucker left the United States in 1904, returning to London. He later was posted to India again in 1906. later returning to England in 1919. Tucker died in 1929.

Booth-Tucker was married three times. He married Louisa Tucker in 1877, who later died from cholera. He married Emma Booth in 1888. They had twelve children, three of which died in infancy. Booth died in a train crash in 1903. Booth-Tucker married Minnie Reid in 1906.