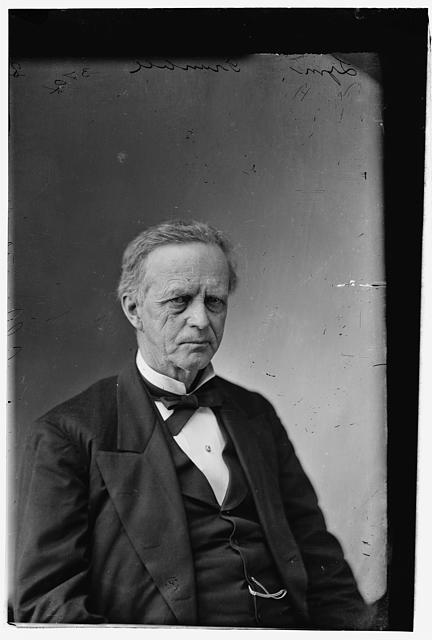 Lyman Trumbull was an Illinois politician. Trained as a lawyer, he was elected to the Illinois State House of Representatives in 1840. He served as the Illinois Secretary of State, and a Justice on the Illinois Supreme Court. In 1855 he became a United States Senator, serving until 1873. Trumbull was a co-author of the Thirteenth Amendment which abolished slavery. After leaving the Senate, he returned to Chicago and his law practice. Trumball became a Populist and joined a defense team for Eugene V. Debs and the American Railway Union before the Supreme Court.

Trumbull married Julia Jayne in 1843 and they had six children, two of whom survived him. After his wife's death in 1868, he married Mary Ingraham in 1877 with whom he had one child. Trumbull died in 1896 after a long illness.