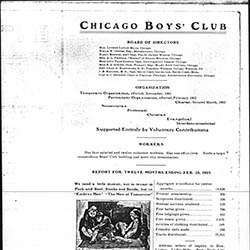 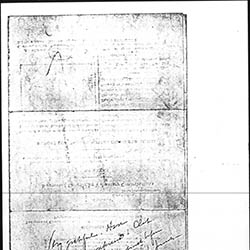 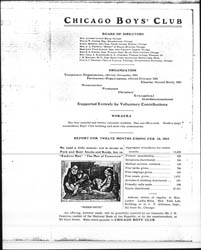 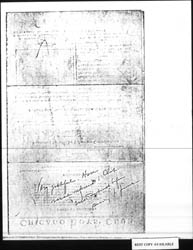 We need a little money, not to invest in Pork and Beef, Stocks and Bonds, but in "Embryo Men" "The Men of Tomorrow"

An offering, however small, will be gratefully received by our treasurer, Mr. J. H. Cameron, cashier of the National Bank of the Republic, or by the superintendent, at 262 State Steet. Make check payable to CHICAGO BOYS' CLUB

[page 2] <Very grateful. Have made references to Club will submit before [sending to printer]> 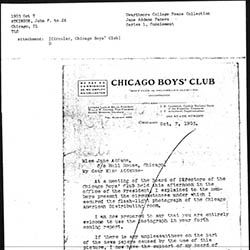 Information about the work of the Chicago Boys' Club, including board of directors names.

Names in this document have not been indexed.