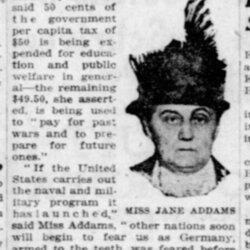 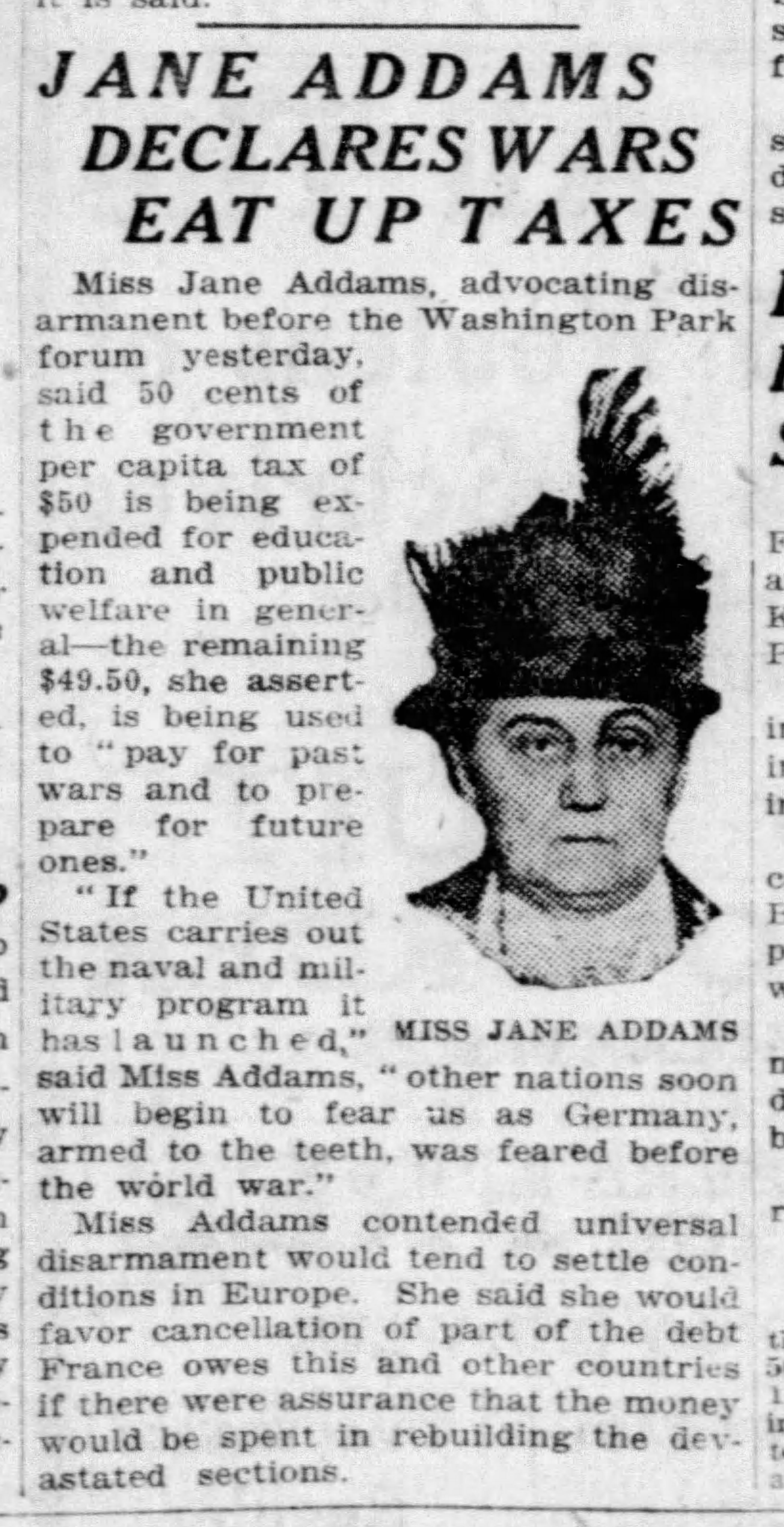 Miss Jane Addams, advocating disarmament before the Washington Park forum yesterday, said 50 cents of the government per capita tax of $50 is being expended for education and public welfare in general -- the remaining $49.50, she asserted, is being used to "pay for past wars and to prepare for future ones."

"If the United States carries out the naval and military program it has launched," said Miss Addams, "other nations soon will begin to fear us as Germany, armed to the teeth, was feared before the world war."

Miss Addams contended universal disarmament would tend to settle conditions in Europe. She said she would favor cancellation of part of the debt France owes this and other countries if there were assurances that the money would be spent in rebuilding the devastated sections.

Addams argues for disarmament and claims the vast majority of taxes are used for war.