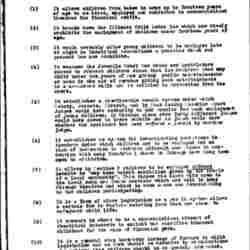 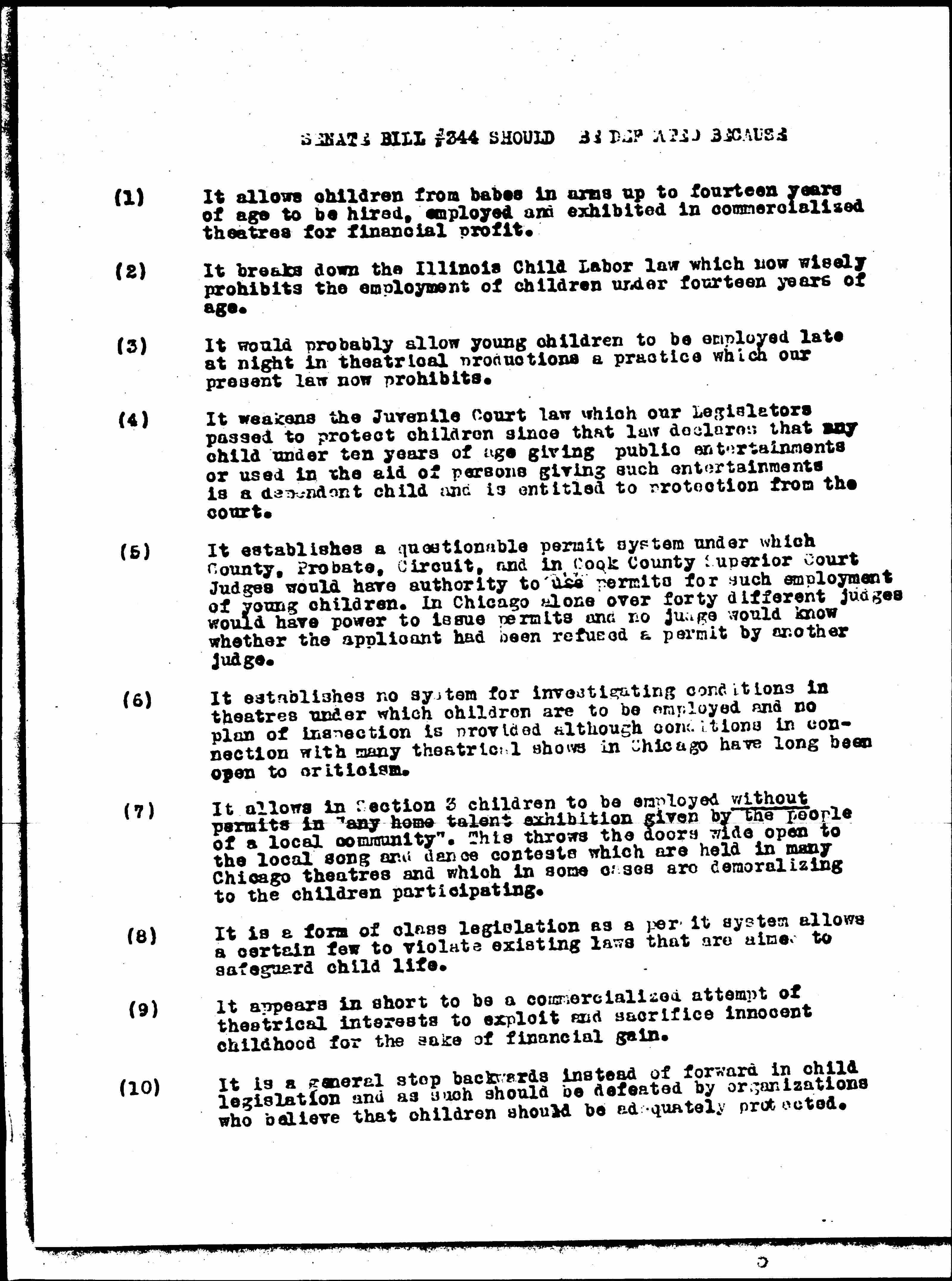 SENATE BILL #344 SHOULD BE DEFEATED BECAUSE

(1) It allows children from babes in arms up to fourteen years of age to be hired, employed and exhibited in commercialized [theaters] for financial profit.

(2) It breaks down the Illinois Child Labor Law which now wisely prohibits the employment of children under fourteen years of age.

(3) It would probably allow young children to be employed late at night in theatrical productions a practice which our present law now prohibits.

(4) It weakens the Juvenile Court Law which our Legislators passed to protect children since that law declares that any child under ten years of age giving public entertainments or used in the aid of persons giving such entertainments is a dependent child and is entitled to protection from the court.

(5) It establishes a questionable permit system under which County, Probate, Circuit, and in Cook County Superior Court Judges would have authority to use permits for such employment of young children. In Chicago alone over forty different judges would have power to issue permits and no judge would know whether the applicant had been refused a permit by another judge.

(6) It establishes no system for investigating conditions in [theaters] under which children are to be employed and no plan of inspection is provided although conditions in connection with many theatrical shows in Chicago have long been open to criticism.

(7) It allows in Section 3 children to be employed without permits in "any home talent exhibition given by the people of a local community". This throws the doors wide open to the local song and dance contests which are held in many Chicago [theaters] and which in some cases are demoralizing to the children participating.

(8) It is a form of class legislation as a permit system allows a certain few to violate existing laws that are aimed to safeguard child life.

(9) It appears in short to be a commercialized attempt of theatrical interests to exploit and sacrifice innocent childhood for the sake of financial gain.

(10) It is a general step backwards instead of forward in child legislation and as such should be defeated by organizations who believe that children should be adequately protected.

An argument for the defeat of an Illinois bill that would loosen restrictions on child labor.