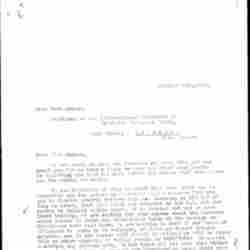 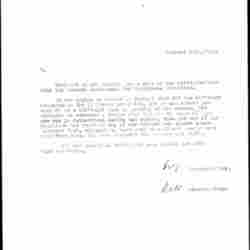 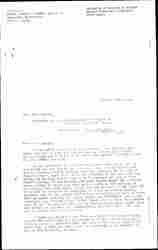 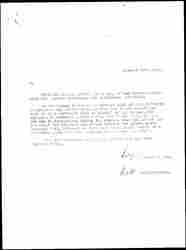 We are sorry we have not received any news from you nor about you for so long a time; we hope and trust your health is improving and that the rest during the summer will have given you the needed strength.

In the beginning of July we heard that Miss Balch was at Stockholm and was coming to Amsterdam with a message from you and to discuss several matters with us. However, at the end of July we heard, that Miss Balch had returned to the U.S. and was coming to Holland within short. It is October now and we have heard nothing. We are waiting for your answer about the Scandinavian letter in which the resolutions taken at the meeting in Copenhagen were laid down. We are anxious to know if our Board of Officers is going to be enlarged, of which we should greatly approve, and if our Bureau will remain in Holland or will be moved into [another] country. If things remain so indefinite we cannot undertake any serious work. We had hoped all the time that either some of the American or some of the Scandinavian women would come and assist in the work at Headquarters. You know that Miss Macmillan cannot return to Holland.

We hope you received the "Internationaal" of May-June-July. We are now publishing one by November. It is a great pity that nothing had been received from the U.S. which can be printed in this copy. I wish you would send us something to be printed in one of the following numbers. [page 2]

Enclosed we are sending you a copy of our correspondence with the Neutral Conference for Continuous Mediation.

We are trying to remain in contact with all the different branches in the different countries, but we can assure you that it is a difficult task on account of the censor. For instance we received a letter from the French women of whom one was in Switzerland during the summer, that not one of the Committee had received any of our letters nor papers since November 1915, although we have sent them almost weekly some news from here. The same accounts for Germany and Italy.

With our heartiest wishes for your health and with kind greetings, 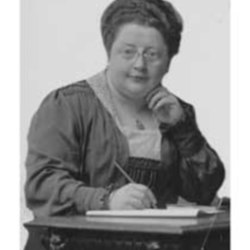 Jacobs and Manus ask Addams for updates on decisions being made about the headquarters of the International Committee of Women for Permanent Peace, and ask for updates of activities in the United States.