Address on War and Human Sacrifice, 1914 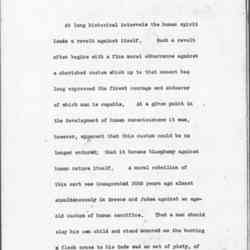 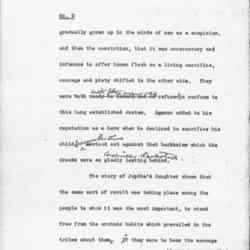 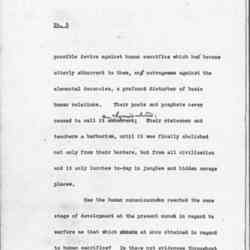 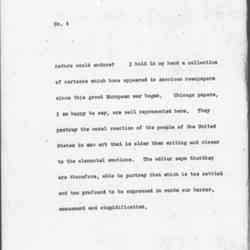 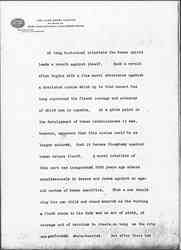 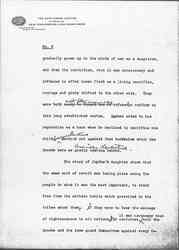 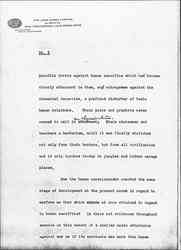 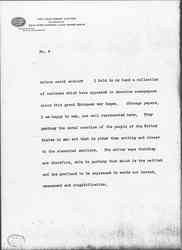 At long historical intervals the human spirit leads a revolt against itself. Such a revolt often begins with a fine moral abhorrence against a cherished custom which up to that moment has long expressed the finest courage and endeavor of which man is capable. At a given point in the development of human consciousness it was, however, apparent that this custom could be no longer endured; that it became blasphemy against human nature itself. A moral rebellion of this sort was inaugurated 3000 years ago almost simultaneously in Greece and Judea against an age-old custom of human sacrifice. That a man should slay his own child and stand unmoved as the burning flesh arose to his Gods was an act of piety, of courage and of devotion to ideals, so long as the rite was performed whole-hearted. But after there had [page 2] gradually grown up in the minds of men as a suspicion, and then the conviction, that it was unnecessary and infamous to offer human flesh as a living sacrifice, courage and piety shifted to the other side. They were both ready to demand and to <with the man who> refused to conform to this long established custom. Agamon added to his reputation as a hero when he declined to sacrifice his child <because he then?> He stood out against that barbarism which the Greeks were so gladly leaving behind. <cordially detached?>

The story of [Jephthah's] daughter shows that the same sort of revolt was taking place among the people to whom it was the most important, to stand free from the archaic habits which prevailed in the tribes about them, <if> they were to bear the message of righteousness to all nations, <for> centuries, <it was necessary that> both the Greeks and the Jews guard themselves against every possible [page 3] device against human sacrifice which had become utterly abhorrent to them, and outrageous <an  outrage> against the elemental decencies, a profound disturber of basic human relations. Their poets and prophets never ceased to call it abhorrent <an abomination>. Their statesmen and teachers a barbarism, until it was finally abolished not only from their borders, but from all civilization and it only lurches [today] in jungles and hidden savage places.

Has the human consciousness reached the same stage of development at the present moment in regard to warfare as that which at once obtained in regard to human sacrifice? Is there not evidences throughout America at this moment of a similar moral abhorrence against war as if its existence was more than human [page 4] nature could endure? I hold in my hand a collection of cartoons which have appeared in American newspapers since this great European war began. Chicago papers, I am happy to say, are well represented here. They portray the moral reaction of the people of the United States in an art that is older than writing and closer to the elemental emotions. The editor says that they are therefore, able to portray that which is too settled and too profound to be expressed in words our horror, amazement and stupidification.

Addams, comparing the act of human sacrifice to what is going on in the early stages of World War One, points out how pointless both acts are.