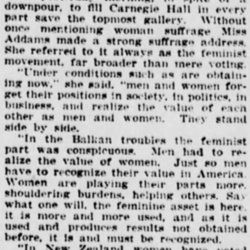 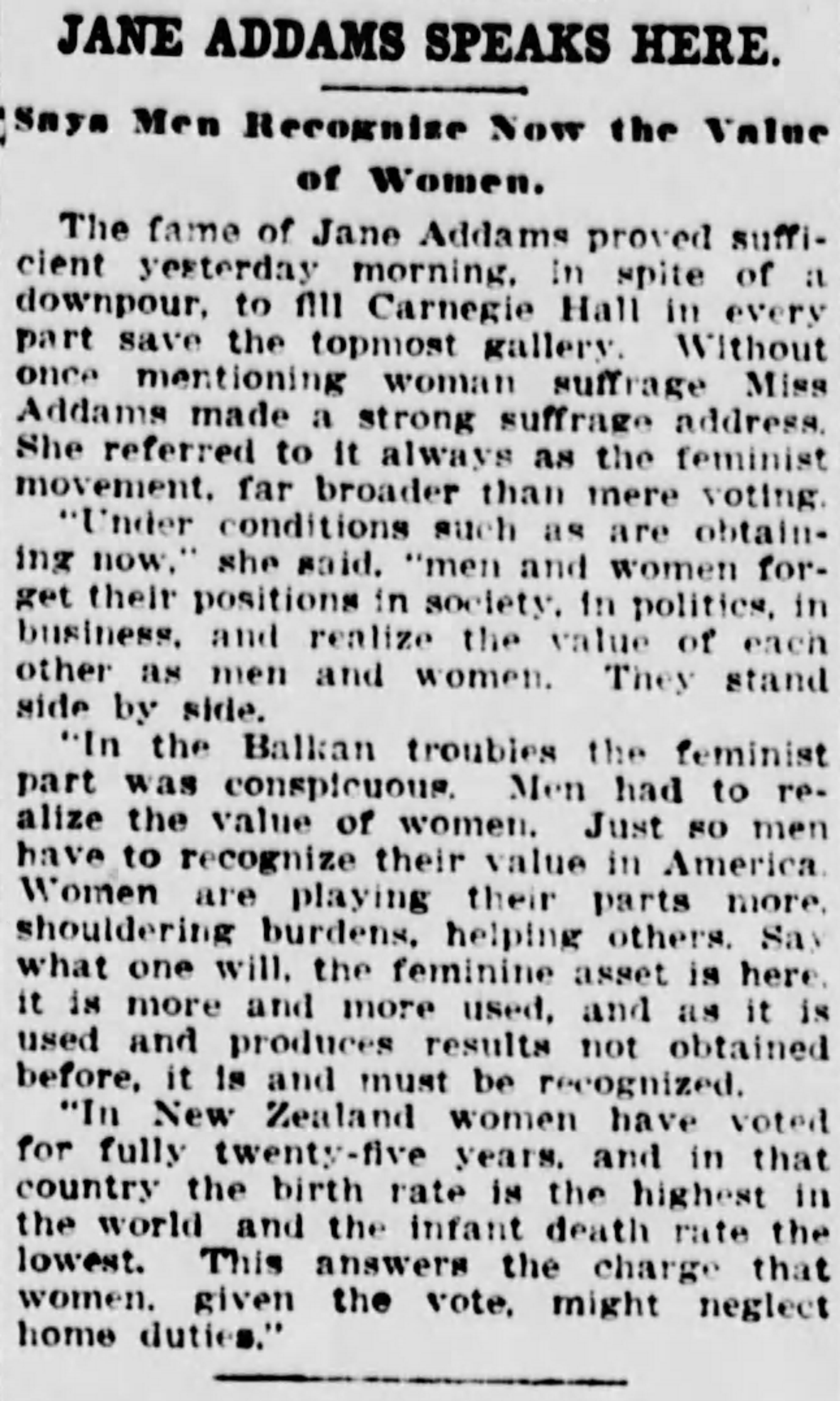 The fame of Jane Addams proved sufficient yesterday morning, in spite of a downpour, to fill Carnegie Hall in every part save the topmost gallery. Without once mentioning woman suffrage Miss Addams made a strong suffrage address. She referred to it always as the feminist movement, far broader than mere voting.

"Under conditions such as are obtaining now," she said, "men and women forget their positions in society, in politics, in business, and realize the value of each other as men and women. They stand side by side.

"In the Balkan troubles the feminist part was conspicuous. Men had to realize the value of women. Just so men have to recognize their value in America. Women are playing their parts more, shouldering burdens, helping others. Say what one will, the feminine asset is here, it is more and more used, and as it is used and produces results not obtained before, it is and must be recognized.

"In New Zealand women have voted for fully twenty-five years, and in that country the birth rate is the highest in the world and the infant death rate the lowest. This answers the charge that women, given the vote, might neglect homes duties." 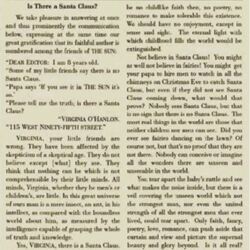