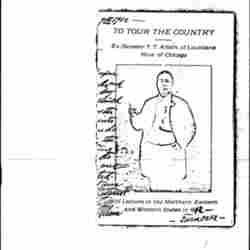 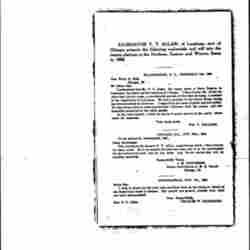 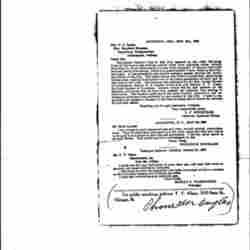 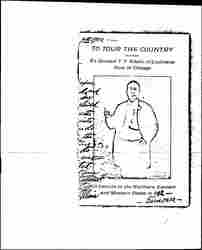 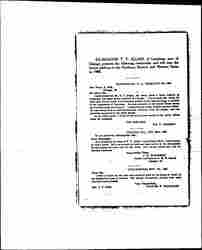 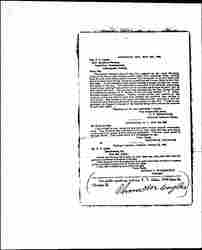 TO TOUR THE COUNTRY

EX-SENATOR T. T. ALLAIN,  of Louisiana, now of Chicago, presents the following credentials, and will take the lecture platform in the Northern, Eastern, and Western States in 1908.

I understand that Mr. T. T. Allain, for many years a State Senator in Louisiana, has taken up his residence in Chicago. I have known Mr. Allain for more than twenty years, a considerable portion of the time he being a member of the Legislature of Louisiana. He was a member of the Lower House during my administration as Governor. I regard him as a man of great natural ability. He was always able to wield considerable influence with his people, and was generally respected by the white people.

In any local contest, I think he can be of great service to the party whose cause he espouses.

To our pastors in Indianapolis, Ind.,

This introduces Ex-Senator T.T. Allain, a gentleman whom I have known for many years. He is an earnest devoted race man, and is to be commended for the substantial work that he has done. Any favors shown him will be worthily bestowed.

I wish to thank you for your very excellent work on the stump in behalf of the Republican cause in Indiana. Our people are greatly pleased with what you have accomplished.

The colored Patriotic Club of this City assisted by the other Marching Clubs of the County and visiting colored clubs from adjoining cities, notably from Muncie, from which place a Cromer Club composed of colored voters two hundred twenty-five strong, joined in a grand colored Voters Rally in this City, last night. A fine procession was formed making a parade through the principal streets of the city. The Opera House was filled to overflowing, many being turned away, making it altogether one of the finest fatherings we have had in this County this year. The meeting was addressed by the Hon. Gurley Brewer of Indianapolis, Senator E. E. Hendee of this city, and Senator T. T. Allain, Ex-State Senator of Louisiana. Senator Allain was the last speaker on the program, and to say that he more than pleased the audience was putting it very mildly. The Senator made one of the most forceful, instructive and entertaining addresses ever delivered by any speaker in this City. I wish to congratulate the Speaker's Bureau of the State in being able to secure the services of such able talent.

Thanking you for past courtesies, I remain,
Very respectfully yours,
C. F. HERRITAGE,
Chairman Speakers Bureau

I am obliged by your respected note and your several printed communications. They all show that your heart is in the right place and that your aim is to do good to our people in your day and generation. I bid you good speed in all such efforts. Your public spirit is a refreshment to me.

I thank you for your kind letter of some days ago, and your kind words respecting my recent address at Columbia.

I shall keep in mind the suggestion you make when next we have vacancy in the immediate department to which you refer.

I hope that everything goes well with you. 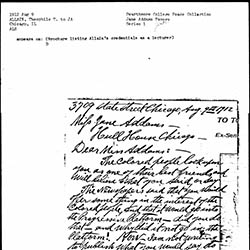 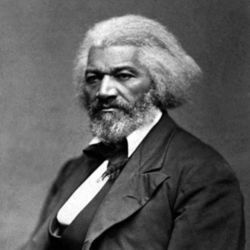 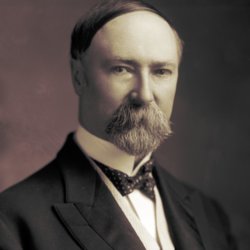 A pamphlet listing Theophile T. Allain's credentials as a lecturer.

Incomplete handwritten note on first page was not transcribed.