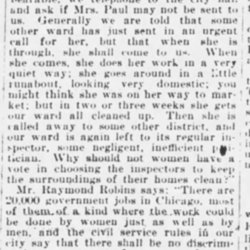 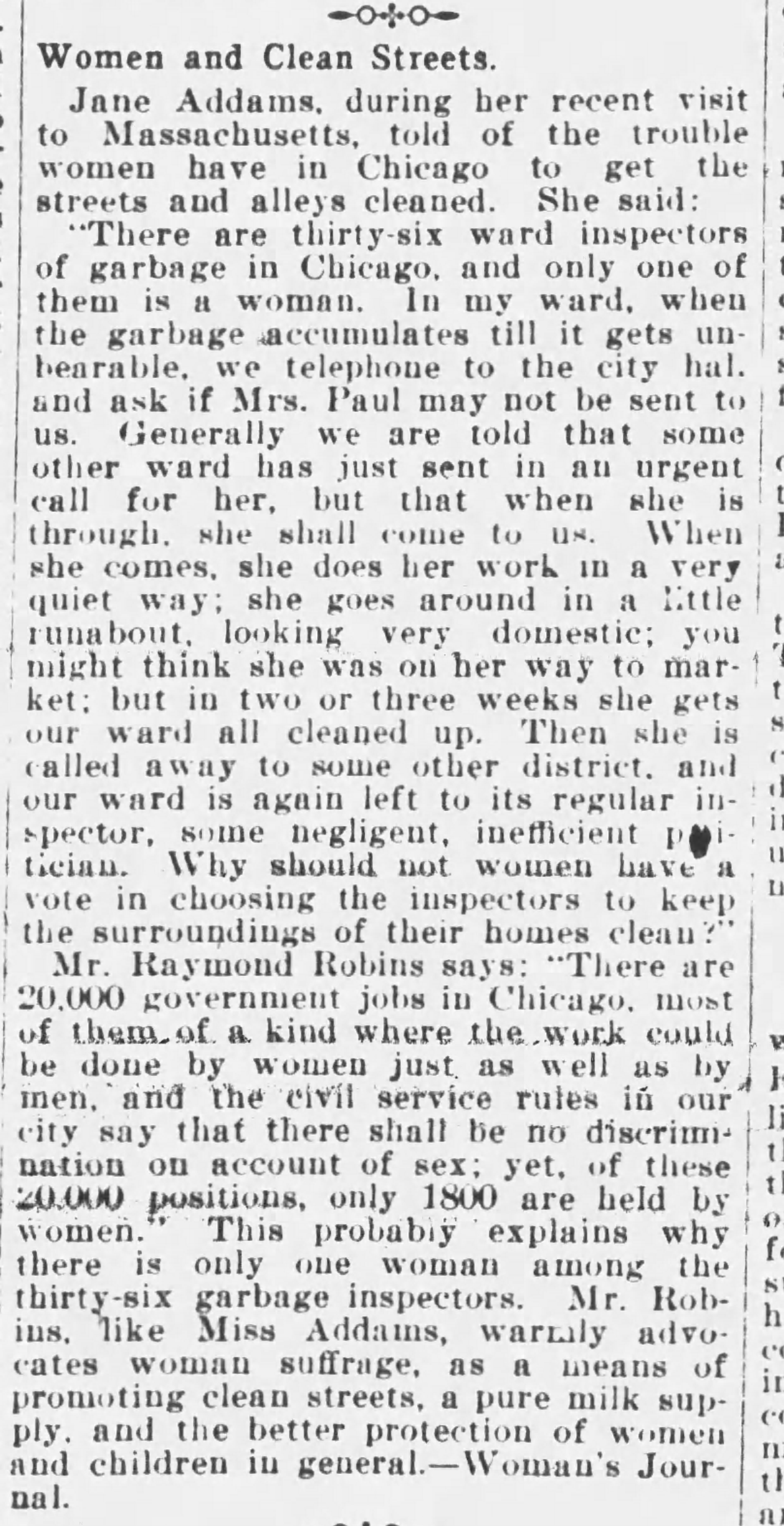 Jane Addams, during her recent visit to Massachusetts, told of the trouble women have in Chicago to get the streets and alleys cleaned. She said:

"There are thirty-six ward inspectors of garbage in Chicago, and only one of them is a woman. In my ward, when the garbage accumulates till it gets unbearable, we telephone to the city hall and ask if Mrs. Paul may not be sent to us. Generally we are told that some other ward has just sent an urgent call for her, but that when she is through she will come to us. When she comes, she does her work in a very quiet way; she goes around in a little runabout, looking very domestic; you might think she was on her way to market; but in two or three weeks she gets our ward all cleaned up. Then she is called away to some other district, and our ward is again left to its regular inspector, some negligent, inefficient politician. Why should not women have a vote in choosing the inspectors to keep the surroundings of their homes clean?"

Mr. Raymond Robins says: "There are 20,000 government jobs in Chicago, most of them of a kind where the work could be done by women just as well as by men, and the civil service rules in our city say that there shall be no discrimination on account of sex; yet, of these 20,0000 positions, only 1800 are held by women." This probably explains why there is only one woman among the thirty-six garbage inspectors. Mr. Robins, like Miss Addams, warmly advocates woman suffrage, as a means of promoting clean streets, a pure milk supply, and the better protection of women and children in general. -- Woman's Journal. 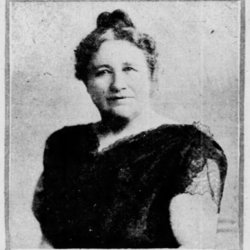 A summary of an Addams' speech about the role of women in keeping city streets clean.