Secretary to Jane Addams to May Wright Sewall, February 8, 1915 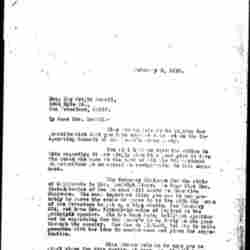 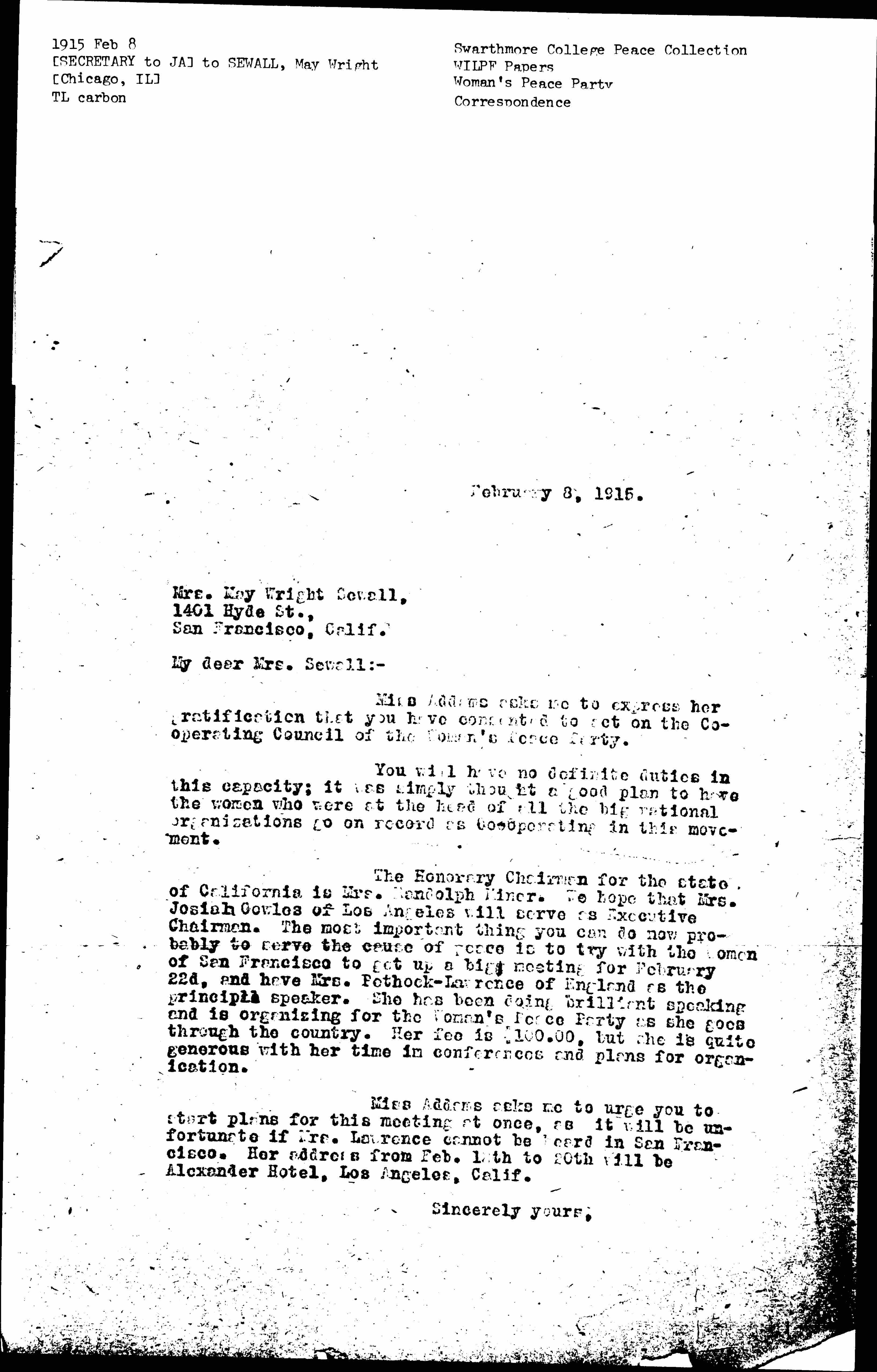 Miss Addams asks me to express her gratification that you have consented to act on the Cooperating Council of the Woman's Peace Party.

You will have no definite duties in this capacity; it was simply thought a good plan to have the women who were at the head of all the big national organizations go on record as [cooperating] in this movement.

The Honorary Chairman for the state of California is Mrs. Randolph Miner. We hope that Mrs. Josiah Cowles of Los Angeles will serve as Executive Chairman. The most important thing you can do now probably to serve the cause of peace is to try with the women of San Francisco to get up a big meeting for February 22d, and have Mrs. [Pethick]-Lawrence of England as the [principal] speaker. She has been doing brilliant speaking and is organizing for the Woman's Peace Party as she goes through the country. Her fee is $100.00, but she is quite generous with her time in conferences and plans for organization.

Miss Addams asks me to urge you to start plans for this meeting at once, as it will be unfortunate if Mrs. Lawrence cannot be heard in San Francisco. Her address from Feb. 12th to 20th will be Alexander Hotel, Los Angeles, Calif.

Addams' secretary thanks Sewall for joining the Cooperating Council of the Woman's Peace Party and outlines some ideas about fostering peace in California.