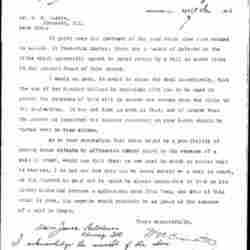 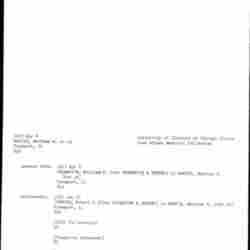 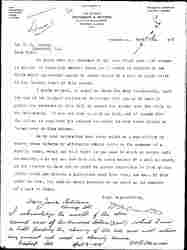 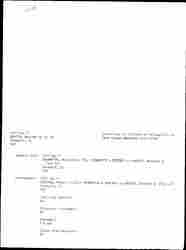 In going over the abstract of the land which Miss Jane Addams is selling to Frederick Snyder, there are a number of defects in the title which apparently cannot be cured except by a bill to quiet title in the Circuit Court of this county.

I would suggest, in order to close the deal immediately, that the sum of two hundred dollars be deposited with you to be used in paying the expenses of this bill to remove the clouds upon the title to the real estate. It may not take as much as that, and of course when the matter is completed the balance remaining in your hands should be turned over to Miss Addams.

As to your suggestion that there might be a possibility of curing these defects by affidavits without going to the expense of a suit in court, would say that there is one deed in which an entire call is missing, I do not see how this can be cured except by a suit in court, as the grantor is dead and it would be almost impossible to look up his living heirs and procure a quit-claim deed from them; and even if this could be done, the expense would probably be as great as the expense of a suit in Court. 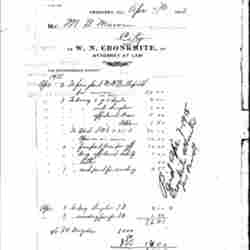