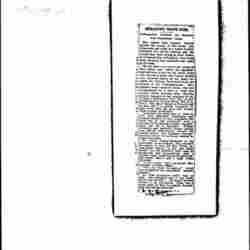 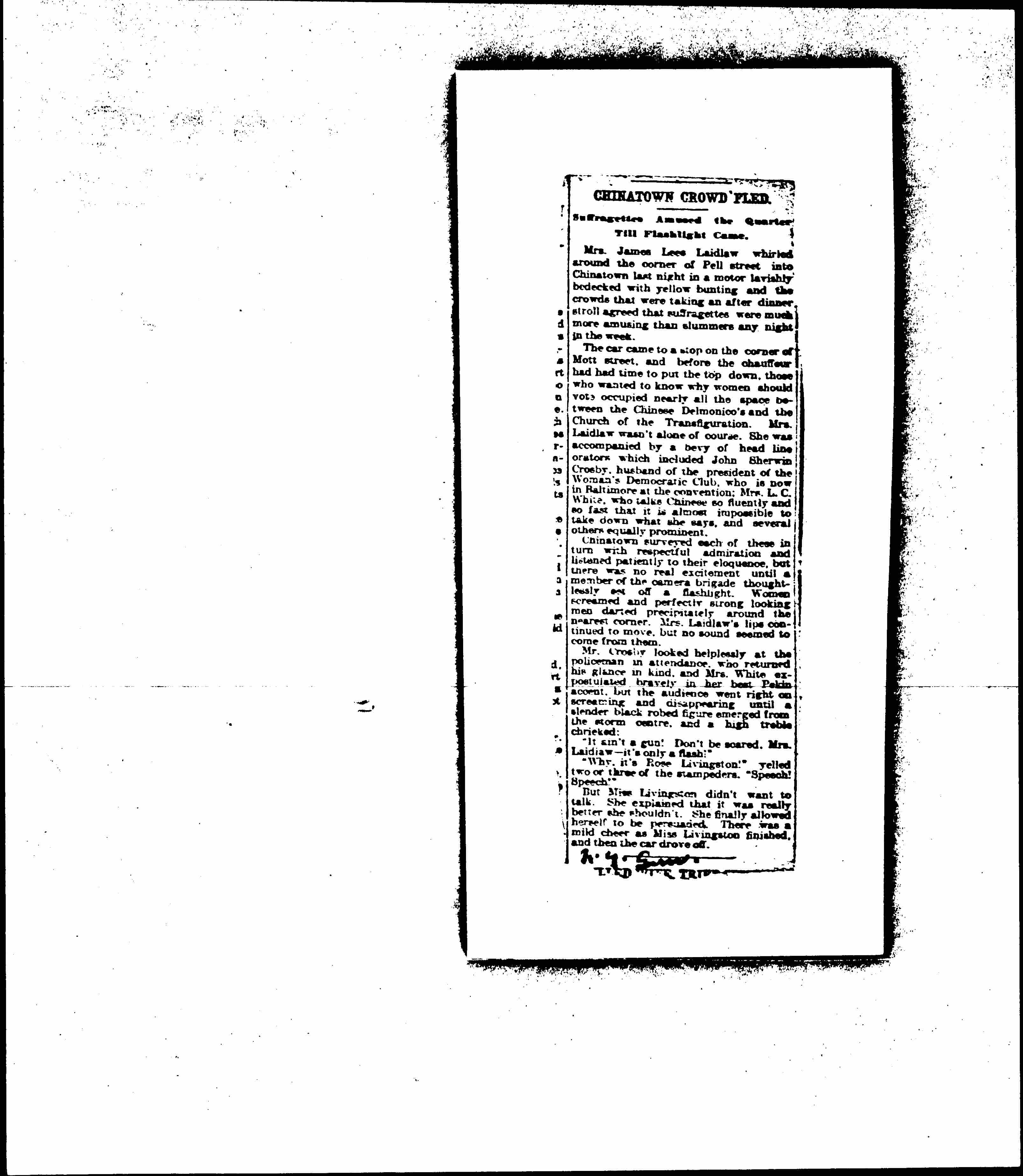 Mrs. James Lees Laidlaw whirled around the corner of Pell street into Chinatown last night in a motor lavishly bedecked with yellow bunting and the crowds that were taking an after dinner stroll agreed that suffragettes were much more amusing than slummers any night in the week.

The car came to a stop on the corner of Mott street, and before the chauffeur had had time to put the top down, those who wanted to know why women should vote occupied nearly all the space between the Chinese Delmonico's and the Church of the Transfiguration. Mrs. Laidlaw wasn't alone of course. She was accompanied by a bevy of head line orators which included John Sherwin Crosby, husband of the president of the Woman's Democratic Club, who is now in Baltimore at the convention; Mrs. L. C. White, who talks Chinese so fluently and so fast that it is almost impossible to take down what she says, and several others equally prominent.

Chinatown surveyed each of these in turn with respectful admiration and listened patiently to their eloquence, but there was no real excitement until a member of the camera brigade thoughtlessly set off a flashlight. Women screamed and perfectly strong looking men darted precipitately around the nearest corner. Mrs. Laidlaw's lips continued to move, but no sound seemed to come from them.

Mr. Crosby looked helplessly at the policeman in attendance, who returned his glance in kind, and Mrs. White expostulated bravely in her best Pekin accent, but the audience went right on screaming and disappearing until a slender black robed figure emerged from the storm [center], and a high treble [shrieked]:

"Why, it's Rose Livingston!" yelled two or three of the stampeders. "Speech! Speech!"

But Miss Livingston didn't want to talk. She explained that it was really better she shouldn't. She finally allowed herself to be persuaded. There was a mild cheer as Miss Livingston finished, and then the car drove off. 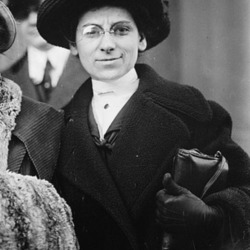 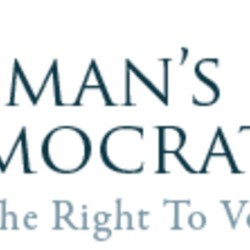 This article recounts the story of a parade of suffragettes stalled in Chinatown in New York City when someone mistook a flashlight for a firearm.