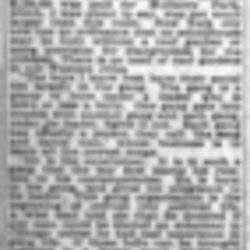 ECONOMY TO GIVE THE CHILDREN NATURAL LIFE

MISS JANE ADDAMS SPEAKS OF THE VALUE OF PLAYGROUNDS.

Miss Jane Addams, of Hull House, Chicago, spoke last night at the Caleb Mills Hall, under the auspices of the Children's Aid Society, of this city. Because of the illness of Major W. J. Richards, president of the society, Miss Addams was introduced by A. M. Sweeney. The subject of her address was "Modern Philanthropy and the Child," in which she showed that movements looking to the moral and physical improvement of the child had not come from the State, but from men and women who recognized that there are better methods than the reform school; that the child may be set right early in life and started on the way to useful citizenship.

"In looking about our cities" a few years ago," said Miss Addams, "one saw there were no playgrounds -- nothing provided for the free and natural life of the child. The recognition of the demands of the city child for play and natural life are recent. It began in London twenty-five years ago. Octavia Hill found the only open spaces which might be used for playgrounds were the old cemeteries in East London, long unused. She suggested that they be turned into playgrounds, and this suggestion almost rocked church and state to its foundations.

"I saw the children playing in one of these cemeteries, leveled off and turned into a playground. As they ran about here and there they dodged and ducked. I supposed this was because they had been accustomed to dodging and ducking to avoid vehicles in the crowded streets. But Miss Hill said it was because they were afraid of the ghosts that might still be in the playground.

"East London now boasts many playgrounds and the outlying district of London have many playfields, some of them equipped with pools and gymnastic apparatus. In New York, the need for playgrounds is so well recognized that in one of the congested districts, $1,250,000 was paid for Mulberry Park, which, I was about to say, was not much larger than this room. New York city now has an ordinance that no schoolhouse may be built without a roof garden or some provision for playgrounds for the children. There is no need of roof gardens in our Western cities.

"The boys I know best have their social life largely in the gang. The gang is a group of boys under a leader who is more or less a bully. One gang gets into trouble with another gang and each gang, under its leader, fights it out. Each gang has usually a person they call the 'song and dance man' whose business is to learn all the newest songs.

"He is the entertainer. It is in such a gang that the boy first learns his relation to his contemporaries. He is loyal to his gang, and gives his allegiance to its leader. This gang organization is the beginning of corrupt city political life. A wise man told me that he doubted if any man could be elected an alderman in Chicago unless he had had experience in gang life. If these boys can be brought together in a larger space where one bully has to share the government with other bullies, they are broadened out. Unless these boys have these chances at play instead of life in the streets it will be asking too much of them to understand or respect the rights of others. A boy who has not had the rough and tumble experience of the playground has had a very poor preparation for the serious game of life which he will have to play soon.

"The playground gives the boy apparatus to prove what he can do, and to do it where there is no danger. All the gymnastic apparatus put in is so much to give outlet to the city boy's life and the city which does not recognize this is really stupid. The city must take care of its inefficient people as well as of the efficient ones.

"We are now trying to have as little as possible of this waste product. We are finding out that playgrounds are cheaper than reform schools. * * * [Manual] training is needed. More of it is to be found in our reform schools than in our public schools. Give the boy some of the underlying preparation that will fit him in some measure for whatever industry he may desire to enter.

Miss Addams spoke of tuberculosis as "that perfectly needless disease" and the methods that are being taken in Europe and America to eradicate it. In Germany children suspected of having the disease are sometimes sent to special schools with special food and pure air.

"The cheapest thing a city can do," said Miss Addams, "is to preserve the health of the children. Bring them up with vigorous life and this will cure much of the crime and vice of a city. The recreation side of child-life is receiving much attention now in Chicago. I am told you are beginning to provide playgrounds here.

What Chicago is Doing.

"During the last two years the South Side Park Board of Chicago has opened thirteen playgrounds, and has built in these small parks fieldhouses. These thirteen houses -- I hesitate to say this -- have cost an average of $90,000 each. They have clubhouses for boys and girls, men and women, gymnasiums, shower baths, swimming tanks and pools where little children may wade and play in the sand. Smaller places are opening up throughout the city. * * * Indianapolis has a chance to avoid most of the pits into which we have fallen in Chicago and in other large cities."

Miss Addams touched upon other things connected with child-life in great cities, and spoke approvingly of the work done through the Juvenile Court and the probation officers in reclaiming children from bad lives. 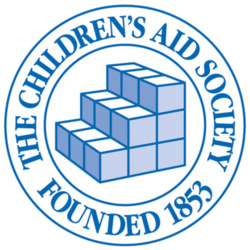 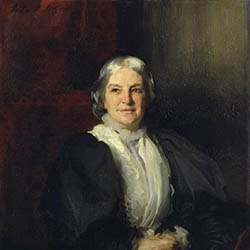 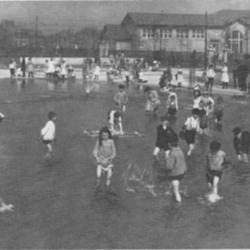 South Side Park Board

Addams discusses the value of playgrounds for urban children, emphasizing the situation for youth in London.