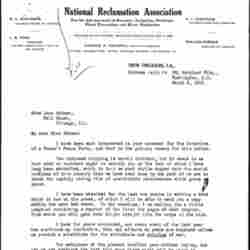 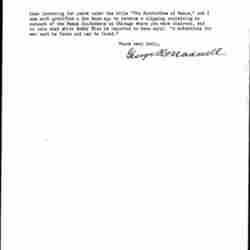 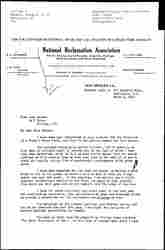 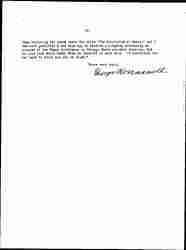 I have been much interested in your movement for the formation of a [Woman's] Peace Party, and that is the primary reason for this letter.

The [enclosed] clipping is merely incident, but it seems to me that such an incident ought to satisfy you of the fact of which I have long been satisfied, which is that we must strike deeper into the social problems of this country than we have ever done in the past if we are to check the rapidly rising tide of anarchistic recklessness which grows [on] apace.

I have been absorbed for the last two months in writing a book which is now on the press, of which I will be able to send you a copy within the next two weeks. In the meantime, I am mailing you a little pamphlet containing a reprint of the first two pages of each chapter, from which you will gain some slight insight into the scope of the book.

I have for years contended, and every event of the last year has confirmed my conviction, that all efforts at peace are hopeless unless we provide a substitute for the enthusiasm and stimulus of war.

The awfulness of the present conflict goes without saying, but let us not overlook the fact that many lives might well be given to achieve national prohibition for Russia.

You have no doubt read the pamphlet by William James entitled "The Moral Equivalent of War." It is a line of thought upon which I have [page 2] been lecturing for years under the title "The Patriotism of Peace," and I was much gratified a few days ago to receive a clipping containing an account of the Peace Conference in Chicago where you were chairman, and to note that which Rabbi Wise is reported to have said: "A substitute for war must be found and can be found." 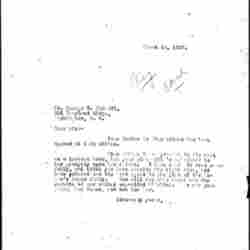 Maxwell is interested in the peace movement and promises to send his book on the subject to Addams once it is printed.

Enclosed clipping was not found.