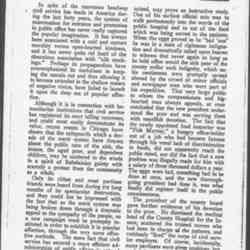 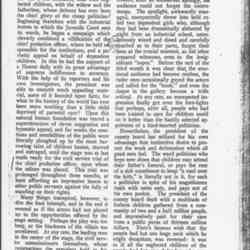 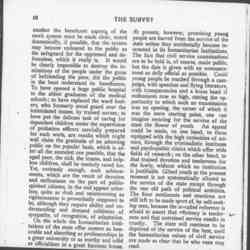 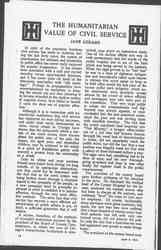 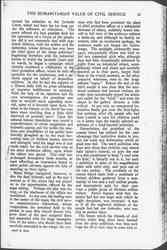 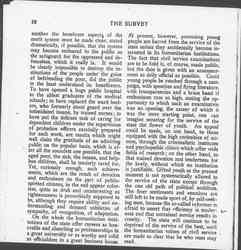 THE HUMANITARIAN VALUE OF CIVIL SERVICE

In spite of the enormous headway civil service has made in America during the last forty years, the system of examination for entrance and promotion in public office has never really captured the popular imagination. It has always been associated with a cold and correct morality versus open-hearted kindness, and it has never quite rid itself of the obnoxious association with "silk stockings." Perhaps its propagandists have overemphasized its usefulness in keeping the rascals out and thus allowing it to become stranded in the shallow waters of negative virtue, have failed to launch it upon the deep sea of popular affection.

Although it is in connection with humanitarian institutions that civil service has registered its most telling successes, and could most easily demonstrate its value, recent events in Chicago have shown that the safeguards which a decade of the merit system have thrown about the public care of the sick, the insane, the aged poor, and dependent children, may be scattered to the winds in a spirit of Rabelaisian gaiety with scarcely a protest from the community as a whole.

Only its oldest and most partisan friends were heard from during the long months of its spectacular destruction, and they could but be impressed with the fact that as the merit system was being broken down through a dramatic appeal to the sympathy of the people, so a new campaign must be promptly instituted in order to establish it in popular affection, through the very same effective methods. The mere fact that civil service has secured a more efficient administration of public affairs is not, of itself, a sufficient guarantee that it will endure.

A review, therefore, of the methods of triumphal destruction pursued by the president of the Board of County Commissioners, to whom the care of Chicago's humanitarian institutions is committed, may prove an instructive study. One of his earliest official acts was to walk portentously into the wards of the public hospital and to eat of the food which was being served to the patients. When the eggs proved to be "bad 'uns" he was in a state of righteous indignation and dramatically called upon heaven to witness that never again so long as he held office would the sick poor of the country suffer such indignity, which noble sentiments were promptly spread abroad by the crowd of minor officials and newspaper men who were part of his expedition. That very large public to whom the compassionate and big-hearted man always appeals, at once concluded that the new president understood the poor and was serving them with unselfish devotion. The fact that the newly appointed food inspector was "Fish Murray," a hungry office-holder out of a job who had become famous through his venal lack of discrimination in foods, did not apparently reach the public mind, nor did the fact that a new position was illegally made for him with a salary of three thousand dollars a year. The eggs were bad, something had to be done at once, and the new thorough-going president had done it, was what finally did register itself in the public consciousness.

The president of the county board gave further evidences of his devotion to the poor. He dismissed the medical head of the County Hospital for the Insane, scattered the trained nurses who had been in charge of the patients, and ruthlessly "fired" the corps of civil service [employees]. Of course, incidentally, many partisans were given positions, but, again, the fact that they were unfitted, that a huge hospital of twenty-seven hundred patients was left with only one trained nurse, did not interest the public, only the fact that a kind-hearted man had appointed new people to make things better.

The president of the county board next [page 2] turned his attention to the Juvenile Court, which had been far too long under the influence of reformers. The court offered the best possible field for the operations of a friend of the people, for did it not constantly deal with neglected children, with the widow and the fatherless, whose defense has ever been the chief glory of the cheap politician? Beginning therefore with the industrial homes to which the Juvenile Court sent its wards, he began a campaign which cleverly combined a [vilification] of the chief probation officer, whom he held responsible for the institutions, and a pathetic appeal on behalf of dependent children. In this he had the support of a Hearst daily with its great advantage of supreme indifference to accuracy. With the help of its reporters and his own investigators, the president was able to unearth much appealing material, some of it founded upon facts, for what in the history of the world has ever been more touching than a little child deprived of parental care? Upon this natural human foundation was reared a superstructure of clever suggestion and hypnotic appeal, and for weeks the emotions and sensibilities of the public were literally ploughed up by the most harrowing tales of children beaten, starved and outraged, until the stage was at last made ready for the civil service trial of the chief probation officer, upon whom the odium was placed. This trial was prolonged throughout three months, at least affording an impressive lesson to other public servants against the folly of standing on their rights.

Many things transpired, however, to dim the final triumph, and in the end it seemed as if the actors had not played up to the opportunities offered by the stage setting. Perhaps the play was too long, or the blackness of the villain too unrelieved. At any rate, the leading men in the center of the stage, the civil service commissioners themselves, whose resignations the president held in his pocket in case they should thwart him, grew tired of the part assigned them and quarreled with the stage managers. One of the latter, who should have been carefully concealed in the wings, the very man who had been promised the place of chief probation officer at a substantial increase of salary, suddenly found himself in full view of the audience without a make-up, and although he hastily retreated, after an incoherent apology, the audience could not forget the contretemps. The spotlight, awkwardly managed, unexpectedly threw into bold relief two dependent girls who, although they had been dramatically abducted by night from an industrial school, ostentatiously wined and dined and carefully coached as to their parts, forgot their lines at the crucial moments, forgot their lines at the crucial moment, as did other prepared witnesses, even to the insignificant "supes." Before the end of the third month it was clear that, the emotional audience had become restless, the ruder ones occasionally guyed the actors and called for the "hook," and even the claque in the gallery became a trifle critical. At any rate, an unexpected impression finally got over the foot-lights that perhaps, after all, people who had been trained to care for children could do it better than the hastily selected appointees of a kind-hearted politician.

Nevertheless, the president of the county board has utilized for his own advantage that instinctive desire to protect the weak and [defenseless] which all good men feel. The ward politician who buys new shoes that children may attend their father's funeral, or pays the rent of a sick constituent to keep "a roof over the kids," is literally not in it, for such a politician in spite of his magnificence deals with units only, and pays out of his own pocket. The president of the county board dealt with a multitude of forlorn children gathered from a community of two and a half million people, and impressively paid for their care from a public purse of thirteen million dollars. Nero's famous wish that the people had but one huge neck which he might decapitate, was reversed: it was as if all the neglected children of the people had but one defender, who was able to protect them.

The lesson which the friends of civil service might long since have learned from the petty politician, was thus writ large for all to read: that in some wise or [page 3] another the beneficent aspects of the merit system must be made clear, stated dramatically, if possible, that the system may become endeared to the public as the safeguard for the oppressed and [defenseless], which it really is. It would be clearly impossible to destroy the institutions of the people under the guise of befriending the poor, did the public in the least understand its beneficence. To have opened a huge public hospital to the ablest graduates of the medical schools; to have replaced the ward heelers, who formerly stood guard over the intimidated insane, by trained nurses; to have put the delicate task of caring for dependent children under the supervision of probation officers carefully prepared for such work, are results which might well claim the gratitude of an admiring public on the popular basis, which is after all the soundest one possible, that the aged poor, the sick, the insane, and helpless children, shall be tenderly cared for. Yet, curiously enough, such achievements, which are the result of devotion and enthusiasm on the part of public-spirited citizens, in the end appear colorless, quite as drab and uninteresting as righteousness is proverbially supposed to be, although they require ability and understanding and demand subtleties of sympathy, of recognition, of adaptation.

On the whole the humanitarian institutions of the state offer careers as honorable and absorbing as professorships in a great university or as worthy and solid as officialdom in a great business house.

At present, however, promising young people are barred from the service of the state unless they accidentally become interested in its humanitarian institutions. The fact that civil service examinations are to be held is, of course, made public, but the date is given with an announcement as drily official as possible. Could young people be reached through a campaign, with speeches and flying literature, with transparencies and a brass band if enthusiasm rose so high, stating the opportunity to which such an examination was an opening, the career of which it was the mere starting point, one can imagine securing for the service of the state the flower of youth. An appeal could be made, on one hand, to those equipped with the high curiosities of science, through the criminalistic institutes and psychopathic clinics which offer wide fields of research; on the other hand, to that trained devotion and tenderness for the lowly, without which no institution is justifiable. Gifted youth at the present moment is not systematically allured to the service of the state except through the one old path of political ambition. The finer sentiments and emotions are still left to be made sport of, by self-seeking men, because the so-called reformer is afraid to assert that efficiency is tenderness and that untrained service results in cruelty. The state will continue to be deprived of the service of the best, until the humanitarian values of civil service are made so clear that he who runs may read. 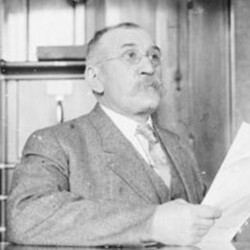 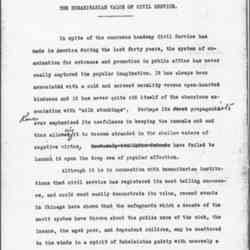 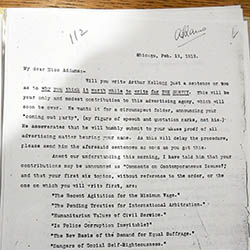