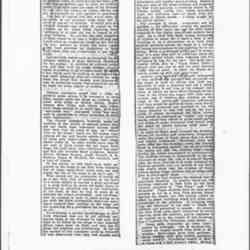 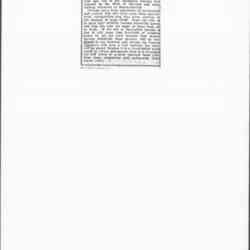 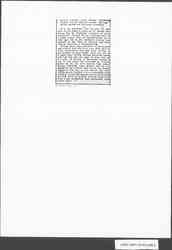 The Child in the Theater.

The hearing on the amendment to the child labor law, allowing children to appear on the stage, will take place at Springfield today. Arguments will be presented for and against the employment of children as actors and actresses.

Below are articles written for THE TRIBUNE by leaders of the two sides of the question.

Stage Life for Children Seen as Full of Dangers.

THERE is at present before the Illinois senate a bill known as the Clark substitute bill No. 233, which, while prohibiting the employment of children under 14 in factories, workshops, etc., during the day and of children under 16 years during the night provides that exceptions may be made for children under these ages upon the stage of the theaters if they have the consent of certain officials and are accompanied by their parents or guardians.

This bill if enacted into law, would make an exception in our excellent child labor law in favor of one set of children. It would give the officials discretionary power in regard to the children on the stage while requiring them rigorously to enforce the law in regard to all other children. To provide for this exception in itself would be to take a backward step and would place an exemption clause in our law at the very moment at which the other states which have provided for exceptions in their child labor laws are endeavoring to get rid of them.

Pennsylvania makers such an exception for the children working in glass factories, Louisiana for the orphans or children of widowed mothers, and New York for stage children. Legislation is pending in all of these states to secure a law which shall be uniform in administration and shall safeguard alike all children for each state has found that equally good arguments may be presented urging that exceptions should be made for other classes of children.

Theater managers assert that in order to produce great actors it is necessary to have them appear upon the stage as children, and point with pride to Edwin Booth, Maude Adams, Mrs. Fiske, and others who began their stage careers at an early age. It is this "self-made man" argument which has been used in opposition to every extension of child labor legislation.

The theater managers, however, makes no mention of the merits of famous actors who did not begin their theatrical careers until they were over 16 years of age. In "Who's Who on the Stage" there are 496 names, comprising all the well known actors of America. Of these only eighty-eight began their stage career under 14. In other words, more than 86 per cent of these actors did not begin their stage life until after their childhood was past, and this list includes Mary Anderson, Maxine Elliott, Eleanor Robson, Annie Russell, E. H. Sothern, James K. Hackett, Nat Goodwin, and a host of others.

Why should not the profession of acting be on a par with that of medicine or the law? If a youth wishes to become a good physician or a good lawyer he gives his early years to obtaining an education and to the cultivation of his mind, so that he may be more fit to embrace his chosen profession. And yet whenever an attempt is made to place acting on a par with the other professions theatrical managers contend that children on the stage are not preparing for a profession but are learning an art.

Nevertheless, a careful investigation in New York discloses that out of 320 children employed there in the theaters in 1895 only five were found on the stage in ant capacity fifteen years later (in 1910), and only one of these had attained any prominence. So far as the careers of the remainder could be followed it was discovered that they had almost uniformly become delinquent.

A child on the stage performs but a small part -- often absolutely monotonous -- and when grown too large for that part he is sent back to the agency from which he was obtained and another child of the requisite size in substituted. No one is concerned with the child's education, nor, indeed, pretends to be. He is doubtless treated with kindness and indulgence by the theater people in the cast, but this scarcely compensates him for the loss of school attendance and regular hours of sleep. Eighty-five per cent of the stage children are supplied by New York agencies, a condition which is, of course, totally unlike that which prevailed when Joe Jefferson traveled about with his parents or Edwin Booth was being taught by his gifted father.

The changes in stage management are as marked as the difference between the apprenticeship of fifty years ago and the child labor required in the highly specialized modern factory. As a child who daily makes thousands of eyelets in shoes for 2 cents a case is not learning to be a shoemaker, so a child who nightly gambols across the stage in a troupe of young merrymakers is not learning to be an actor. When a prolonged child's part is necessary to a play, that part is uniformly taken by an older person whose voice training, and intelligence fit him for the part. The most successful Little Eva in "Uncle Tom's Cabin" played until she was 64, and the most famous Topsy was an adult. In short, the drama demands artists of skill and experience.

Another plea used by the theater managers is that children are guarded and protected on the stage to such an extent that their employment is only a pleasure and not a labor. This certainly is not true of the cheaper theaters, of which we have 335 in Chicago, in contrast to the thirty-one larger first class playhouses; and if children are allowed on the stage of the thirty-one theaters -- assuming that they would be protected there -- they would neither be protected nor guarded in the 335 cheap theaters of this city and in the hundreds of others throughout the state, where they would be employed as "supes" and stage hands, where they would be given small parts, and where in many instances they would take the place of adults because child labor is cheap.

In many of these small theaters the dressing rooms are crowded and insanitary, frequently under the stage, in damp places that are dirty and poorly ventilated. Moreover, boys and girls often use one dressing room; the theater itself is frequently packed, the air is vitiated; the lights are bad, the children hear coarse stories, the whole atmosphere is unwholesome. The children become so demoralized by the excitement of stage life that it is almost impossible for them afterward to enter ordinary industrial pursuits, and the records of our Juvenile courts show that the number of delinquents among stage children and ex-stage children is abnormally large.

Even in the best theaters the boasted care is extremely doubtful. At present there are 200 children employed in New York by the New Theater company in "The Piper" and "The Bluebird." These children have all been given permits to act by a New York society representing the mayor, but this society makes no effort to learn anything about the home surroundings of the children. It inquires only into the character of the play in which the children are permitted to appear. At present the New York child labor committee is investigating these 200 children, and in response to my inquiry as to the results of this investigation I received the following night letter:

Is it not significant that the plea for children on the stage is urged not by leading educators but by the theatrical managers or actor managers? Francis Wilson organized and led a sharp attack upon the Massachusetts law a year ago, but in the legislative hearing was opposed by Mr. Eliot of Harvard and other leading educators of Massachusetts.

Chicago has a large population of immigrants and country folk who have come from agricultural communities and who know nothing of the dangers of large cities. Their one idea is to have their children become industrial assets and they are only too eager to have them go to work. If the bill at Springfield become a law it will mean that hundreds of children under 14, all the more because they cannot become industrial wage earners, will be employed in our theaters, and, though the theater managers will reap a rich harvest, the state will be poorer because it is a hundredfold more costly to reform delinquents than it is to retain the law which at present removes these children from temptation and safeguards their school life. 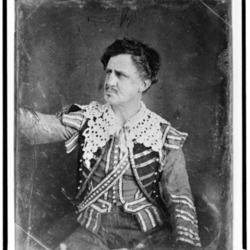 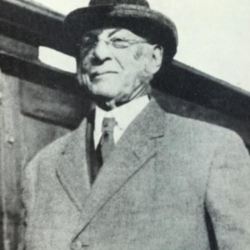 Addams makes a reasoned argument against a bill in the Illinois State Senate that would make child actors exmept from the provision of the 1903 Illinois Child Labor Law.