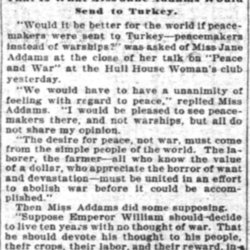 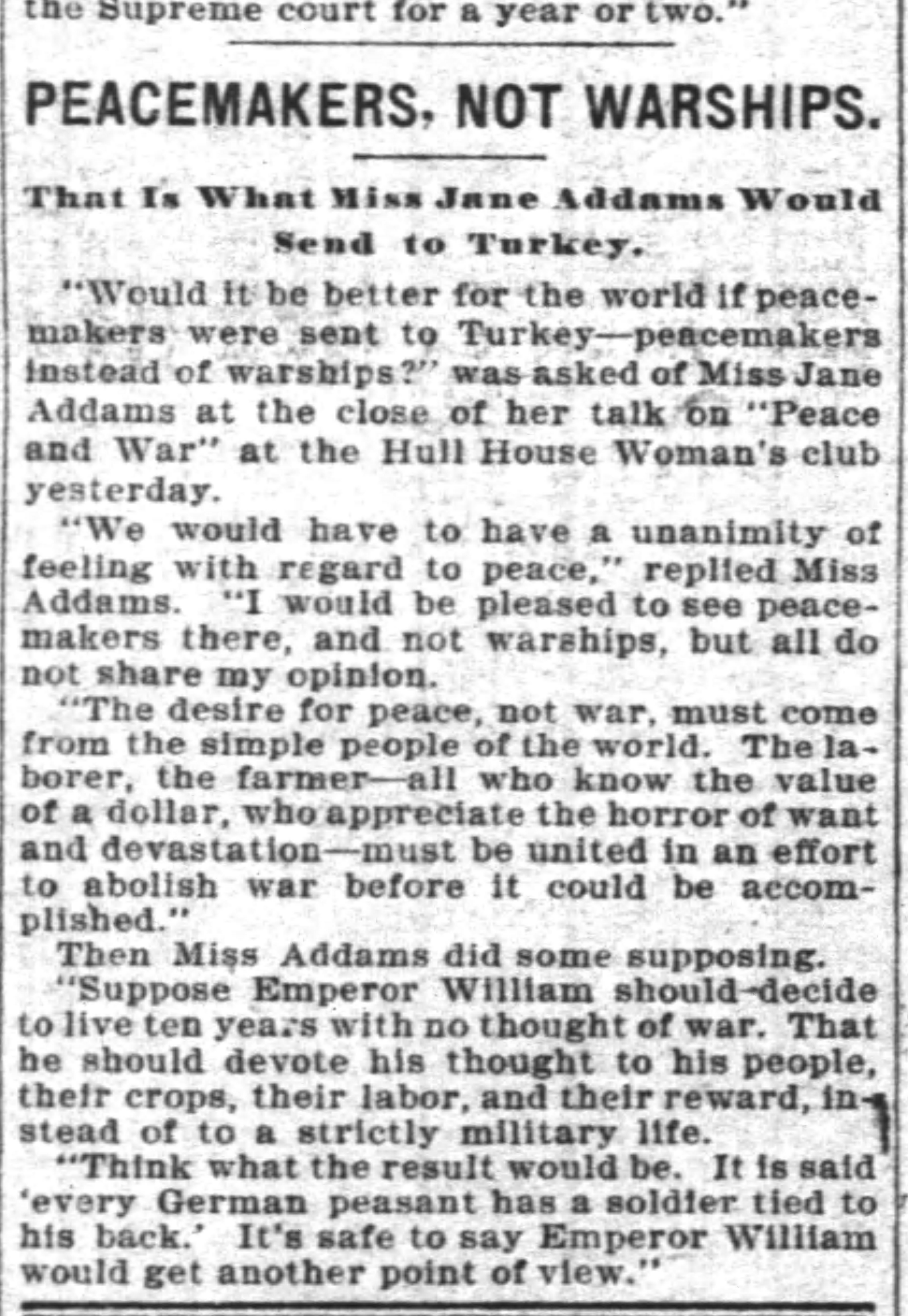 That Is What Miss Jane Addams Would Send to Turkey.

"Would it be better for the world if peacemakers were sent to Turkey -- peacemakers instead of warships?" was asked of Miss Jane Addams at the close of her talk on "Peace and War" at the Hull House Woman's club yesterday.

"We would have to have a unanimity of feeling with regard to peace," replied Miss Addams. "I would be pleased to see peacemakers there, and not warships, but all do not share my opinion.

"The desire for peace, not war, must come from the simple people of the world. The laborer, the farmer -- all who know the value of a dollar, who appreciate the horror of want and devastation -- must be united in an effort to abolish war before it could be accomplished."

Then Miss Addams did some supposing.

"Suppose Emperor William should decide to live ten years with no thought of war. That he should devote his thought to his people, their crops, their labor, and their reward, instead of to a strictly military life.

"Think what the result would be. It is said 'every German peasant has a soldier tied to his back.' It's safe to say Emperor William would get another point of view." 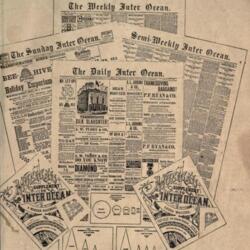 Addams suggests sending peacemakers rather than warships to Turkey.