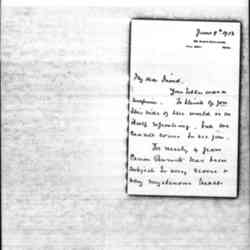 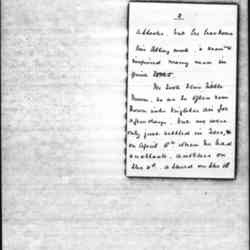 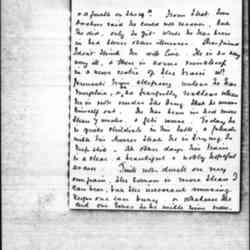 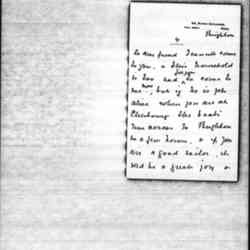 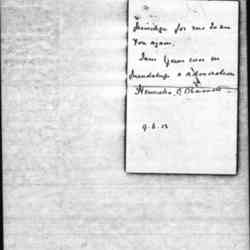 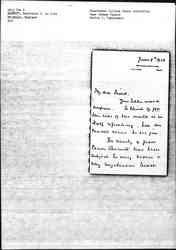 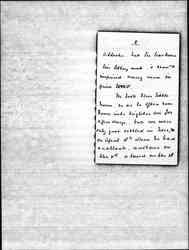 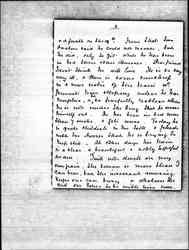 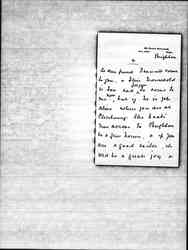 Your letter was a surprise. To think of you this side of the world is in itself refreshing, but we cannot come to see you.

For nearly 4 years Canon Barnett has been subject to very severe & very mysterious heart [page 2] attacks, but he has done his Abbey work & seen [to] inspired many men in quiet talks.

We took this little house, so as to open [illegible] down into brighter air for a few days, but we were only just settled in here, on April 8th when he had an attack, another on the 11th a third on the 18 [page 3] & a fourth on the 19th From that two doctors said he could not recover but he did, only to get while he has been in bed three other illnesses. Dear friend I don't think he will live. He is so very very ill, & there is some mischief in a nerve center of the brain wh. prevents him sleeping unless he has morphia, & <he> so fearfully restless when he is not under the Drug that he wears himself out. He has been in bed more than 7 weeks & gets worse. Today he is quite childish in his talk & pleads with his nurses that he is trying to keep still. At other days his brain is [as] clear & beautiful & nobly hopeful as ever. I will not dwell on my own pain. The sorrow is more than I can bear, but the incessant moving keeps one ever busy & whatever the end one loves to be with him now. [page 4]

So dear friend I cannot come to you, & this household is too sad <for you> to come to me <now>, but if he is yet alive when you are at Cherbourg the boats run across to Brighton in a few hours, & if you are a good sailor it wld be a great joy & [page 5] privilege for me to see you again.

I am yours ever in friendship & admiration

Barnett is unable to meet Addams in Europe.