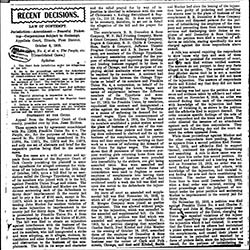 Woerner married Pearl McClain in 1905. They had four children together. Woerner died in 1961.