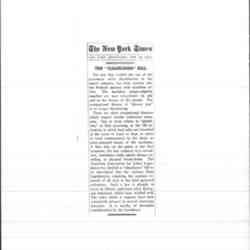 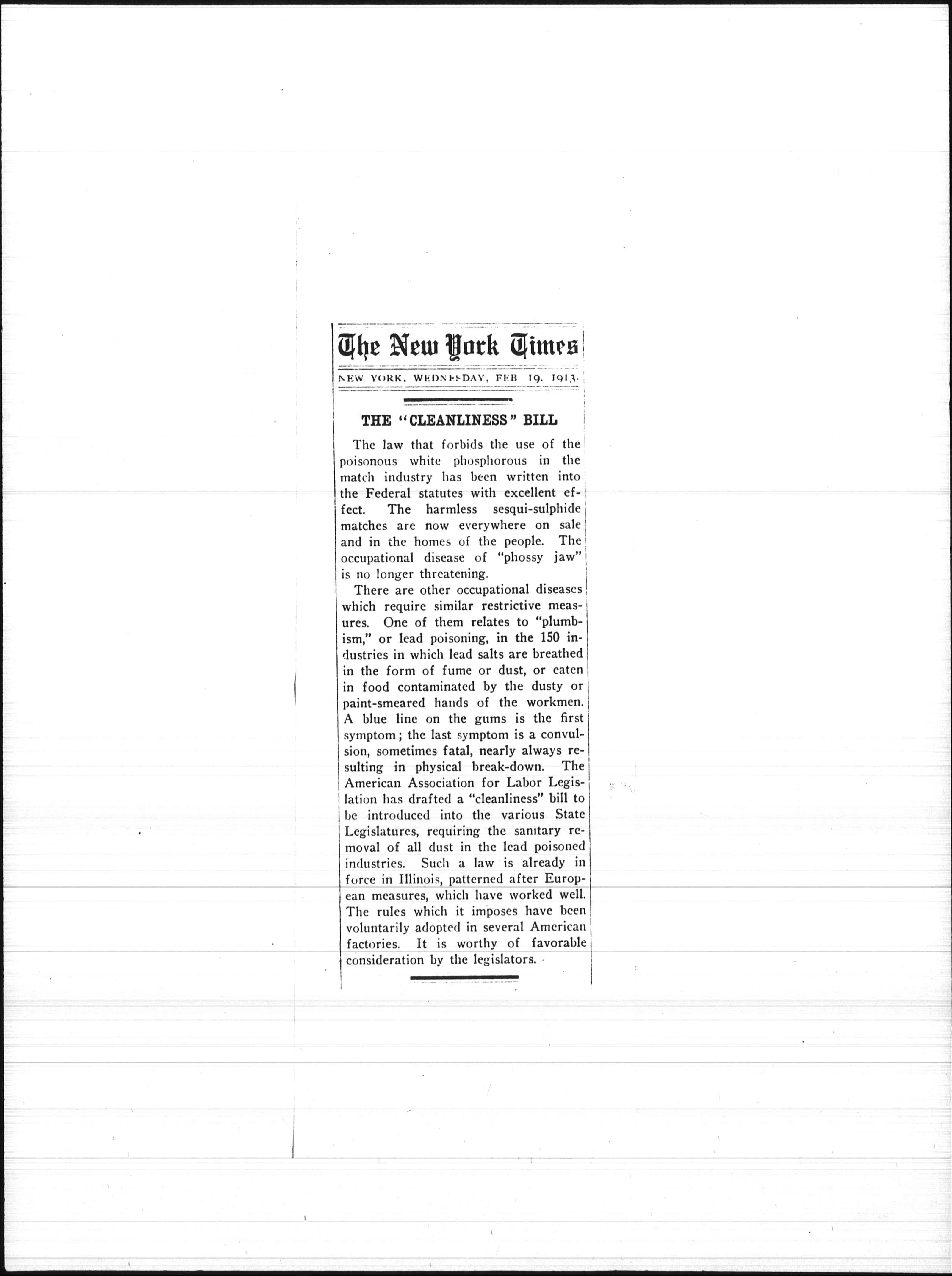 The law that forbids the use of the poisonous white phosphorous in the match industry has been written into the Federal statutes with excellent effect. The harmless [sesquisulphide] matches are now everywhere on sale and in the homes of the people. The occupational disease of "phossy jaw" is no longer threatening.

There are other occupational diseases which require similar restrictive measures. One of them relates to "plumbism," or lead poisoning, in the 150 industries in which lead salts are breathed in the form of fume or dust, or eaten in food contaminated by the dusty or paint-smeared hands of the workmen. A blue line on the gums is the first symptom; the last symptom is a convulsion, sometimes fatal, nearly always resulting in physical break-down. The American Association for Labor Legislation has drafted a "cleanliness" bill to be introduced into the various State Legislatures, requiring the sanitary removal of all dust in the lead poisoned industries. Such a law is already in force in Illinois, patterned after European measures, which have worked well. The rules which it imposes have been voluntarily adopted in several American factories. It is worthy of favorable consideration by the legislators.