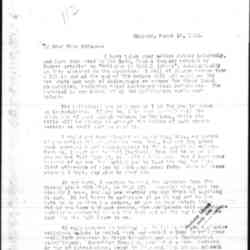 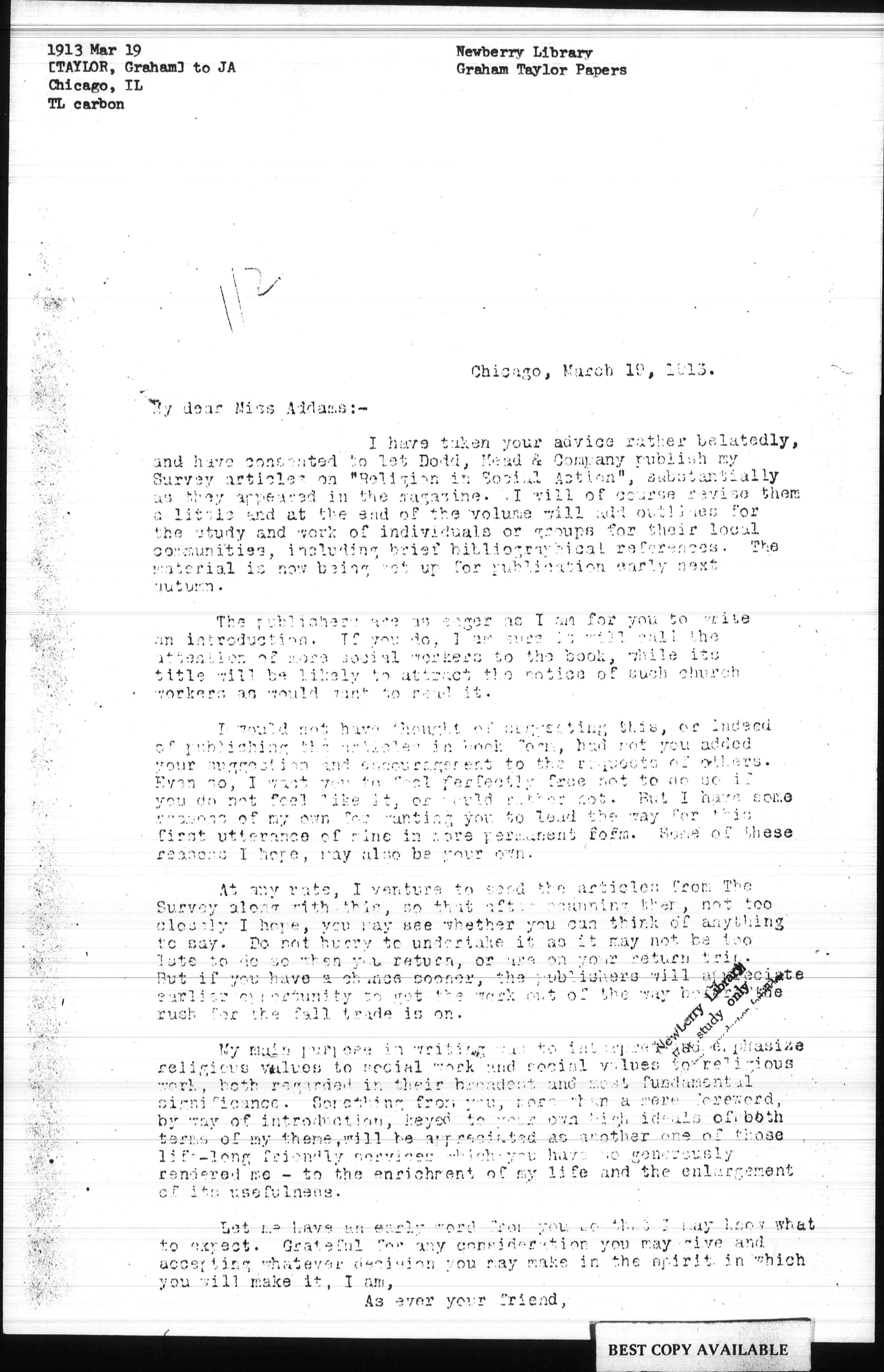 I have taken your advice rather belatedly, and have consented to let Dodd, Mead & Company publish my Survey articles on "Religion in Social Action", substantially as they appeared in the magazine. I will of course revise them a little and at the end of the volume will add outlines for the study and work of individuals or groups for their local communities, including brief bibliographical references. The material is now being set up for publication early next autumn.

The publishers are as eager as I am for you to write an introduction. If you do, I am sure it will call the attention of more social workers to the book, while its title will be likely to attract the notice of such church workers as would want to read it.

I would not have thought of suggesting this, or indeed of publishing the articles in book form, had not you added your suggestion and encouragement to the requests of others. Even so, I want you to feel perfectly free not to do so if you do not feel like it, or would rather not. But I have some reasons of my own for wanting you to lead the way for this first utterance of mine in more permanent form. Some of these reasons I hope, may also be your own.

At any rate, I venture to send the articles from The Survey along with this, so that after scanning them, not too closely I hope, you may see whether you can think of anything to say. Do not hurry to undertake it as it may not be too late to do so when you return, or are on your return trip. But if you have a chance sooner, the publishers will appreciate earlier opportunity to get the work out of the way before the rush for the fall trade is on.

My main purpose in writing was to [interpret and] emphasize religious values to social work and social values to religious work, both regarded in their broadest and most fundamental significance. Something from you, more than a mere foreword, by way of introduction, keyed to your own high ideals of both terms of my theme, will be appreciated as another one of those life-long friendly services which you have so generously rendered me -- to the enrichment of my life and the enlargement of its usefulness.

Let me have an early word from you so that I may know what to expect. Grateful for any consideration you may give and accepting whatever decision you may make in the spirit in which you will make it, I am,

As ever your friend, 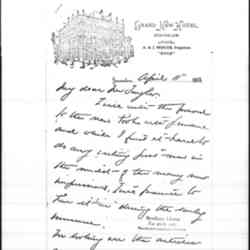 Taylor asks Addams to write an introduction to his book, a collection of essays published in the Survey.