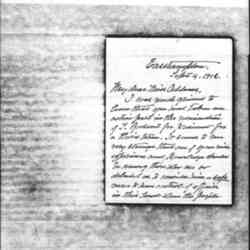 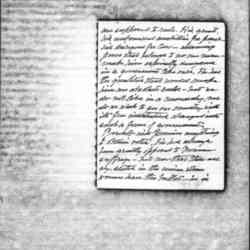 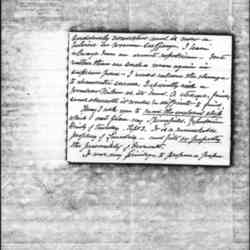 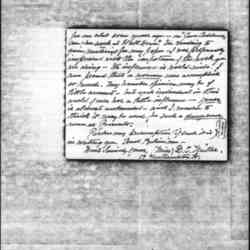 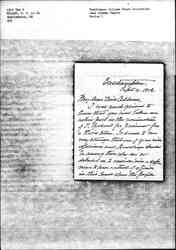 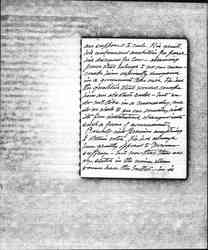 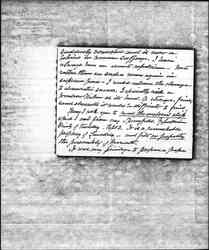 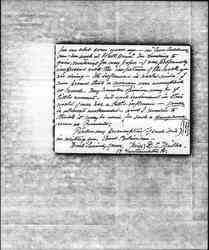 I was much greived to learn that you had taken an active part in the nomination of T. Roosevelt for president for a third term. It seems to me very strange that one of your wise experience and knowledge should be among those who are so distracted as to consider him a safe man to have control of affairs in this land when the people [page 2] are supposed to rule. His great, his unbounded ambition for power, his disregard for law-assuming powers that belong to no one man make him especially dangerous in a government like ours. He has the qualities that would make him an absolute ruler -- but we do not live in a monarchy, nor do we wish to see our country with its free institutions changed with such a form of government.

Roosevelt will promise anything to obtain votes. He has always been greatly opposed to Woman suffrage -- but now that there are six states in the union where women have the ballot -- he is [page 3] suddenly converted and is now a believer in women suffrage. I have always been an ardent republican -- but rather than see such a man again in supreme power -- I would welcome the change to democratic success, Especially with a Woodrow Wilson as its head. A stronger, [finer], saner character it would be difficult to find.

May I ask you to read the enclosed slip which I cut from my Springfield, Republican Daily of Tuesday, Sept 3. It is remarkable prophecy of Lincoln's -- and fits so perfectly the personality of Roosevelt.

It was my privilege to prepare a paper [page 4] for our club some years ago -- on "Jane Addams, and her work at Hull House." In reading to gain material for my paper -- I was profoundly impressed with the importance of this work you are doing -- Its influence is world-wide. I am proud that a woman can accomplish so much. My humble opinion be of little account -- but each individual in this world of ours has a little influence -- yours is almost unbounded -- and I mourn to think it may be used for such a dangerous man as Roosevelt.

Pardon my presumption (if such it is) in writing you, And Believe me --

Miller criticizes Addams for her support of Theodore Roosevelt for president.

The enclosed item mentioned in the letter could not be found.