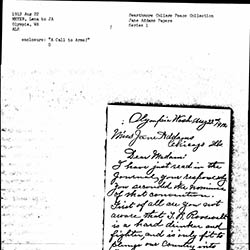 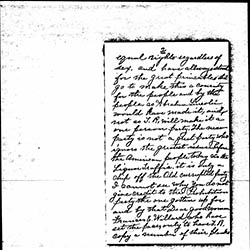 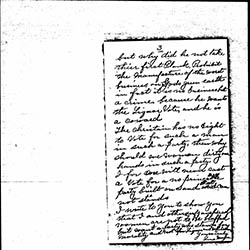 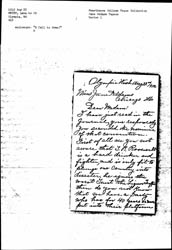 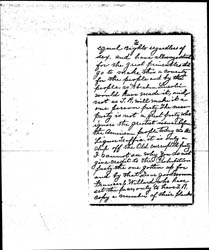 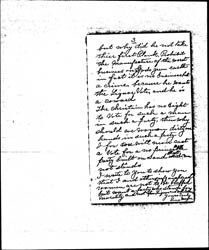 I have just read in the Journal, your response why you seconded the nominee of that convention.

First of all are you not aware that T. R. Roosevelt is a hard drinker and fighter, and is only fit to plunge our country into disaster, he [ignores] the worst Trust the Liquor Traffic then do you not know that we have a party who has for 40 years or more put into their platform [page 2] equal rights regardless of sex, and have [always] stood for the great [principles] that go to make this a country for the people and by the people, as Abraham Lincoln would have made it, and not as T. R. will make it a one person party. The new party is not a great party who [ignores] the greatest issues before the American people today [illegible] the Liquor Traffic, it is only a chip off the Old [corrupted] party. I cannot see why you do not give credit to the Prohibition party the one gotten up for and by that Dear good woman Frances E. Willard, who have set the pace, only to have T. R. copy a number of their planks [page 3] but why did he not take their first Plank, Prohibit the manufacture of the worst business on Gods green earth in fact it is no business but a crime, because he wants the Liquor Vote, and he is a coward.

I for one will never cast a vote for a no [principle] party built on sand and <that> cannot stand.

I write to you to show you that I and other [enfranchised] women are not to be bluffed but want a party who stands for morality, and not for Liquor and [illegible]. 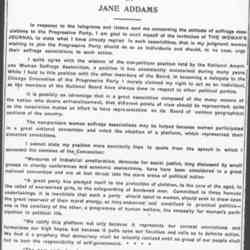 Why I Seconded Roosevelt's Nomination, August 17, 1912 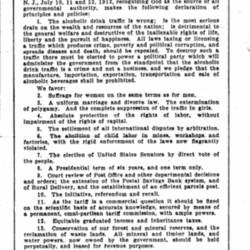 Meyer writes Addams to share her disapproval of Theodore Roosevelt, whom she believes is an immoral man and the wrong candidate for the betterment of the country.