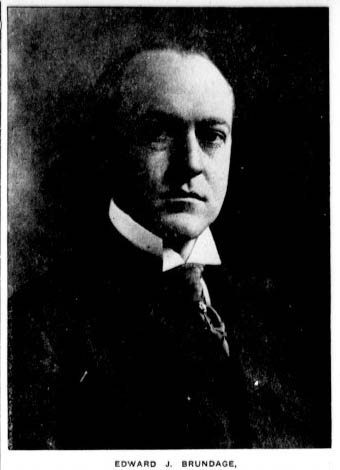 Edward J. Brundage began his law career in Chicago, eventually leading him to become involved in local politics. He served two terms with the Cook County Board of Commissioners as its president, and led the development of a "children's block" for the Chicago Juvenile Court and Detention Home in 1907, which was a block that included a playground and a school. His political career included two terms on the Illinois legislature, and he served as Attorney General of Illinois from 1917 until 1925.

Brundage married Germine Vernier in 1913. Together they had four children. Brundage committed suicide in 1934 due to financial problems.