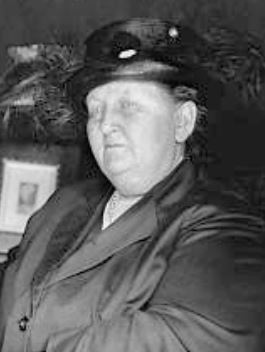 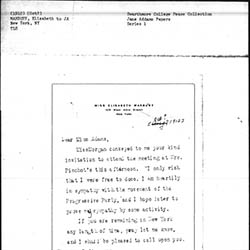 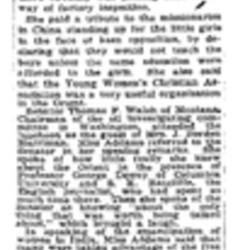 Elisabeth Marbury was an outspoken pioneer of theater. After a childhood of private schooling, she left the debutante world and began her own clearing house, primarily dedicated to the promotion of aspiring playwrights. She helped to produce many of these plays and, alongside this work, was also a theatrical manager for a number of performers. The first play she was responsible for bringing to audiences was "Little Lord Fauntleroy." In 1914, Marbury joined The American Play Company, which she eventually became the vice president of. Marbury was in France during the start of World War I and immediately volunteered herself to the relief effort, working with wounded French soldiers and soliciting supplies from the United States. She returned to New York in 1917 when the U.S. joined the Allied forces and the Mayor's Committee of National Defense. Marbury helped campaign for Alfred E. Smith in the 1918 NY Gubernational race. She later became New York's delegate-at-large at the Democratic National Convention. Marbury went back to France at the end of the War in 1919 to aid the Knights of Columbus with peace work. Marbury later published an autobiography, "My Crystal Ball," in 1923. Marbury's work earned her a number of awards and recognitions, including the medal of Queen Elizabeth of Belgium in 1919 for her service during the war.