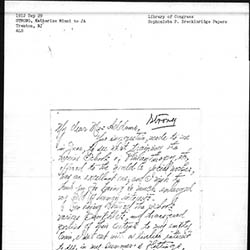 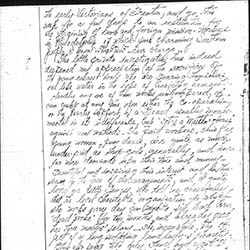 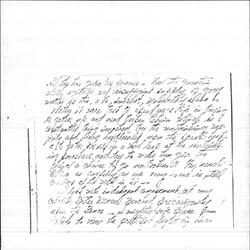 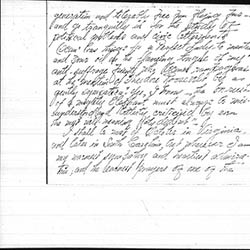 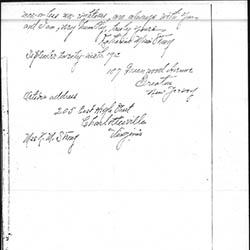 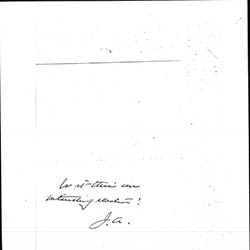 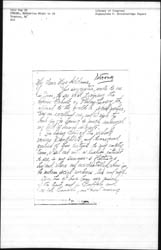 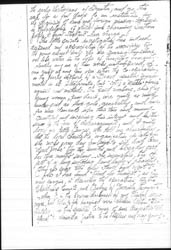 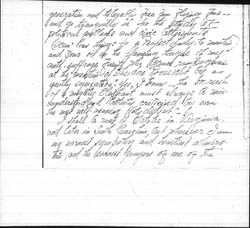 Your suggestion, made to me in June, to see what training the various Schools of Philanthropy, etc, offered to the would-be social worker, was an excellent one; and I wish to thank you for having so much enlarged my field of human interests.

For having obtained the schools various pamphlets, and transferred portions of their contents to my empty brain, I set out with a livelier interest to see, in my summer's flittings, how and where and incidentally, where-for, the modern social workers live and work.

Since then I have been over much of the East, and in Buffalo and over into Canada, am now among [page 2] the early Victorians of Trenton; and go this week for a few days to an institution for the training of home and foreign mission-workers in Philadelphia of which some charming Southern people I know -- [Baptists] -- have charge.

This little private investigation has indeed deepened my appreciation of the sacrifices of the many earnest souls who are pouring themselves out like water in the hope of benefitting humanity.

Hardly anyone of them works unhampered, or can count at any time upon either the [cooperation], or the hearty support, of a Board usually monumental in its indifference, but "sot's a meetin' House" against new methods. The paid workers, chiefly young women, poor dears, are quite as much under-paid as shop-girls, generally, and have far more demands upon their time and money. Beautiful and inspiring their interest and enthusiasm in the face of discouragements; and I quite long one little Jewess, who told me cheerfully that the local charitable organization for which she works every day from nine to six had been "dead broke" for two months and already owed her three months' salary -- she, meanwhile, the object of a long-suffering landlady's charity -- (they also serve who only stand and wait?) also I have found "food for thought," as you may imagine, in observing the operations of the Children's Courts, and Judges of Juvenile Courts -- whom I, in the African-darkness of my blissful ignorance, had hither-to-for imagined were chosen (like "Ben" Lindsey) for their position because of some demonstrated fitness to administer justice to the helpless and very young. [page 3] All this has given me pause. Now the question which agitates my insufficient supply of grey matter is this, a la, somewhat, melancholy alone to whether it were best to spend one's life in trying to gather up and mend broken China which is constantly being smashed by the unthinking majority and flung heedlessly upon the scrap-heap or to gather oneself for a mad leap at the unthinking smashers, and try to make them give the China a chance to go un-broken? For, mend China as carefully as one may -- one is still conscious of the milk in it.

I look with indulgent amusement at my cat-like sister woman perched precariously upon the Fence -- almighty safe place from which to view the prettiest flight of our [page 4] generation and tolerably free from flying far -- and go tranquilly in for the study of political problems and civic betterments (I can [low] things for a Perfect Lady to mention) and pour oil on the flaming tongue of my anti-suffrage friend who becomes rampageous at the mention of Theodore Roosevelt by a gently sympathetic "Yes, I know  -- the onrush of a mighty Elephant must always be misunderstood and bitterly criticized by even the most well-meaning Katy didn't" --

I shall be most of October in Virginia, and later in South Carolina, but wherever I am my warmest sympathy and heartiest admiration; and the earnest prayers of one of the [page 5] more-or-less un-righteous, are always with you, and I am, very humbly, truly yours

Strong thanks Addams for suggesting that she investigate the training of social workers and relays information about her travels to conduct the investigation.

On the last page, Addams has written, "Isn't this an interesting reaction? J. A."