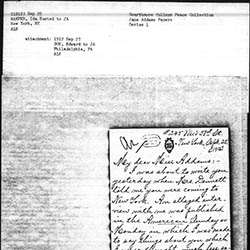 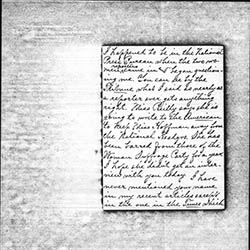 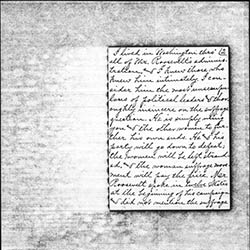 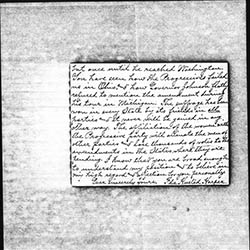 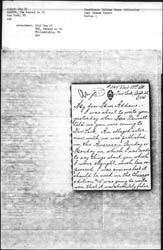 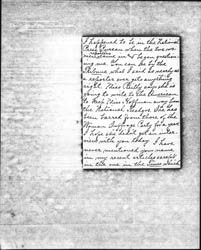 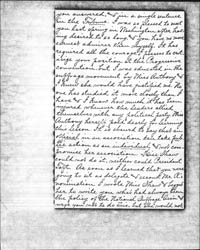 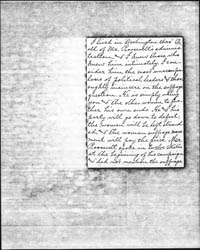 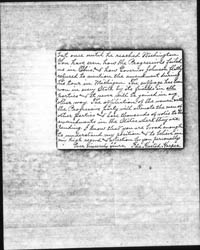 I was about to write you yesterday when Mrs. Dennett told me you were coming to New York. An alleged interview with me was published in the American Sunday or Monday in which I was made to say things about you which I never thought, much less expressed. I was anxious lest it should be used in the Chicago edition and was going to write you that it was absolutely false. [page 2] I happened to be in the National Press Bureau when the two women <reporters> came in and began questioning me. You can see by the Tribune what I said as nearly as a reporter ever gets anything right. Miss Reilly says she is going to write to the American to keep Miss Hoffman away from the National Headgrs. She has been barred from those of the Woman Suffrage Party for a year. I hope she didn't get an interview with you today. I have never mentioned your name in my recent articles except in the one in the Times which [page 3] you answered, and in a single sentence in the Tribune. I was so pleased to meet you last spring in Washington after having desired to so long, and you have no more earnest admirer than myself. It has required all the courage I possess to criticize your position at the Progressive convention, but I was educated in the suffrage movement by Miss Anthony and I knew she would have justified me. No one has studied it more closely than I have and I know how much it has been injured whenever the leaders allied themselves with any political party. Miss Anthony herself paid dearly for learning this lesson. It is absurd to say that an official in an association can take public action as an individual and not compromise her association. Miss Shaw could not do it, neither could President Taft. As soon as I learned that you were going to sit as delegate and second Mr. R's nomination I wrote Miss Shaw and begged her to write you what had always been the policy of the National Suffrage Ass'n. and urge you not to do this, but she would not. [page 4] I lived in Washington [through] all of Mr. Roosevelt's administration, and I knew those who knew him intimately. I consider him the most unscrupulous of political leaders and thoroughly insincere on the suffrage question. He is simply using you and the other women to further his own ends. He and his party will go down to defeat; the women will be left stranded, and the woman suffrage movement will pay the price. Mr. Roosevelt spoke in twelve States and the beginning of his campaign and did not mention the suffrage [page 5] but once until he reached Washington. You have seen how the Progressives failed us in Ohio, and how Governor Johnson flatly refused to mention the amendment during his tour in Michigan. The suffrage has been won in every State by its friends in all parties and it never will be gained in any other way. The affiliation of the women with the Progressive party will alienate the men of other parties and lose thousands of votes to the amendments in the States where they are pending. I know that you are broad enough to understand my position and to believe in my high regard and affection for you personally. Harper writes Addams to explain something erroneous attributed to her in the newspaper, which were critical of Addams. She also criticizes Addams for seconding Roosevelt.