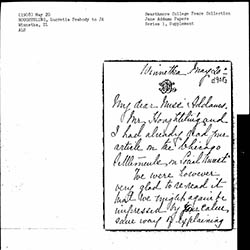 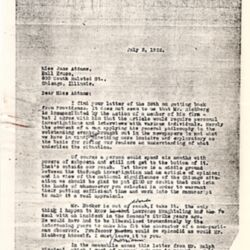 James L. Houghteling was a Chicago businessman. His father, William De Zeng Houghteling, was one of the first residents of Chicago. James attended Chicago public schools and then studied at Yale, where he graduated in 1876. He then worked as secretary of the Menominee Lumber Company and was later treasurer of the Mackinaw Lumber Company. In 1883, Houghteling entered the real estate business with his father-in-law, Francis B. Peabody. In 1883, he founded the Brotherhood of St. Andrew and served as its first president. He was a member of the YMCA, serving as the President of its Chicago branch from 1881 to 1884, as treasurer, and on its Board of Trustees. He attended the YMCA's world conference in Prussia in 1909. While at that conference, he allegedly overcame five robbers. Houghtelling was also one of the charter members of the Municipal Voters' League and served as the chairman of its financial committee.

Houghteling married Lucretia Peabody in 1879. They had six children. Houghteling died in 1910 of heart trouble.